The Uttarakhand government has some more good news for its employees. The state Cabinet has taken a decision to increase the Dearness Allowance of the employees to 11%. According to the news agency ANI, this move will cost the state of Uttarakhand Rs 1,800 crore annually, said Cabinet Minister Subodh Uniyal.

In addition to this, on Friday, the Cabinet also approved the payment of revised DA to the employees. Cabinet Minister Subodh Uniyal confirmed that the state government employees and pensioners will get the updated DA with retrospective effect from July 1. The meeting for the same was chaired by the Chief Minister of the state Pushkar Singh Dhami.

For the unversed, it was in April 2020 that the Union Ministry of Finance had put a stop on the DA increment till June 30, 2021, amid the ongoing COVID-19 pandemic.

EPL: When & Where To Watch Chelsea Vs Man City Live Streaming In India? Man United Vs Aston Vil 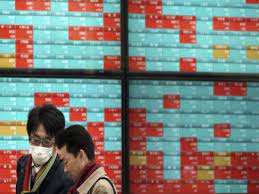