Popular Socceroos star Awer Mabil has been named the 2023 Young Australian of the Year, following in the footsteps of Matildas captain Sam Kerr who received the award in 2018.

27-year-old Mabil also received South Australia’s Young Australian of the Year award this year for his advocacy for refugee communities in Australia and those living in camps abroad.

Mabil – currently playing for Czech heavyweights Sparta Prague – was unable to attend the ceremony in Canberra, with his award instead accepted by his mother and uncle.

The flying winger grew up in Kakuma Refugee Camp in northwest Kenya after his family escaped civil war in Sudan. After moving to Australia in 2006 aged 10, Mabil has gone on to become a key figure in the Socceroos, scoring a crucial penalty against Peru to book Australia’s place in the Qatar World Cup.

Mabil co-founded his own charity, Barefoot to Boots, alongside his brother Awer Bul.

The non-profit originated from a trip Mabil and Bul made back to Kakuma Refugee Camp in 2014, where the pair gifted football jerseys to some of the estimated 180,000 refugees living in the camp.

According to the organisation, over 2000kg of football boots and uniforms have been donated so far, before broadening their activities by sending medical equipment including incubators and ultrasounds as well as sanitary items to help young girls meet basic needs and be able to attend schooling.

“To be honest, it hasn’t sunk in yet,” Mabil said at his Prague club in vision shared by Football Australia.

“For me it was an honour just to be nominated. Two months ago I was also nominated for the South Australian Young Australian of the Year. For me that was a big moment. To win that was one of the biggest moments in my life.

“To be able to be named Young Australian of the Year gives me power to continue doing what I’m doing. For me, I love to help people. I’m really motivated to build on from this.”

Mabil said: “My mum and my uncle went to Canberra … It was quite cool, when they called me (saying): ‘we just met the Prime Minister!’”

He added: “Yesterday I facetimed them and talked to some people there. Actually, I talked to Craig Foster, we had some nice words to each other. That was pretty cool, to talk to somebody who’s a former Socceroo and also doing amazing, great stuff for our beautiful country. For me, that was nice.”

Foster was nominated for Australian of the Year for his tireless advocacy for asylum seekers and multiculturalism, and played a role in helping Afghanistan Women’s National Football team escape that nation after the Taliban gained control last year.

Mabil revealed he only found out about the award in the minutes before training – and understandably struggled to focus on the training paddock.

“I woke up and I tried to keep my phone on silent. Just before I went out to training that’s when I found out I had won it! So I quickly turned off my phone and went to training before I got distracted,” he laughed. “But during training I was obviously distracted, thinking how big this is for my family and also for our footballing community.”

Originally published as ‘Hasn’t sunk in yet’: Socceroos star named Young Australian of the Year 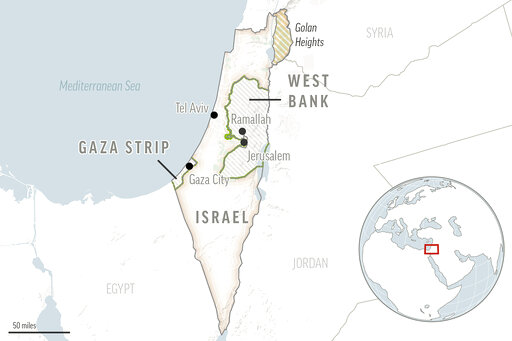 ‘Intermittent, not dispatchable’: Renewable energy’s ‘often not there when you want it’ What will ending the COVID-19 emergency look like in the US?
49 mins ago