At least four out of five rockets, fired at Kabul’s international airport, were intercepted by a missile defence system on Monday. A report said that one rocket hit a residential house. This comes as the US is nearing the final days of withdrawal of American troops from the Taliban-controlled Afghanistan.

The rockets were fired from the Khabarkhaneh Lab area early on Monday as per local time as a US government official said that it was unclear whether all were brought down by the defence system.

As per initial reports, no casualties were reported, however, the US official said that the information could change.

The attack comes a day after US forces on Sunday launched a drone strike in Kabul targeting a vehicle with a suicide bomber who was aiming to attack the international airport.

Amid US troops’ withdrawal, there are increasing concerns of threats from Islamic State militants on the Kabul airport, increasing the risk for Afghan nationals and American troops. On Thursday, a suicide bomb attack at the Kabul international airport killed scores of Afghans and 13 US service members.

The US had installed missile defence system to intercept rockets as America has experience in countering such rockets, primarily in Iraq.

“We know that they (ISIS-K) would like to lob a rocket in there if they could,” head of US Central Command,  General Frank McKenzie said last week, adding, “Now we actually have pretty good protection against that. We have our anti-rocket and mortar system.”

US Open 2021: Live streaming, when and where to watch Novak Djokovic, Ash Barty, Naomi Osaka, others in action in India 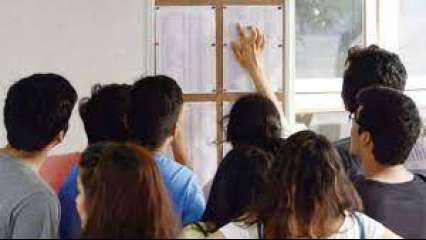 KCET Result 2021: Karnataka Common Entrance Test result to be declared SOON – When and where to check online Virat Kohli to leave RCB after IPL 2021? Here’s what the star batsman said