Pills bought through Snapchat caused the deaths of eight young people aged 15 through 22, and now their families are suing the platform.

The complaint, which was filed in Los Angeles Superior Court on Jan. 3, says Snap Inc., the owner of Snapchat, “encouraged, enabled, and facilitated” the sale of counterfeit pills containing lethal doses of fentanyl.

The teens and young adults who died met drug dealers on Snapchat and purchased what they believed to be prescription medications, including Percocet, Oxycodone and Xanax, according to the lawsuit filed by Social Media Victims Law Center.

The lawsuit argues that certain Snapchat features make the illegal sale of drugs through the platform easier, including disappearing messages; “My Eyes Only,” which allows messages to be locked with a passcode; and “Snap Map,” which makes users’ locations visible to others on a virtual map, according to a release from the Social Media Victims Law Center, which is representing parents whose children have been harmed by social media.

They also say the platform limits parental supervision and allows drug dealers to connect with a “never-ending source of vulnerable customers.” Dealers can exchange “drug menus” and other information via messages that disappear automatically erasing all evidence, the release says.

“Snapchat knows that its platforms are being used by drug dealers to facilitate the sale of fentanyl-laced drugs,” Matthew P. Bergman, founding attorney of the Social Media Victims Law Center, told McClatchy News. “They have actual knowledge that young people are dying as a result, and they turn a blind eye.”

A Snap spokesperson said in a statement that the company is committed to helping fight the crisis of fentanyl overdose across the country and was “devastated” by the deaths of young people. He also said the company was using its resource to address the roles of Snapchat and the tech industry have in the crisis.

“We use cutting-edge technology to proactively find and shut down drug dealers’ accounts, and we block search results for drug-related terms, instead redirecting Snapchatters to resources from experts about the dangers of fentanyl,” the statement says. “We have also expanded our support for law enforcement investigations, promoted in-app educational videos warning about the dangers of counterfeit pills that have been viewed over 260 million times on Snapchat, and are partnering with the Ad Council, non-profit organizations, and other platforms on an unprecedented national public awareness campaign that launched in October.”

Community-reported content related to drug sales on the app has declined in recent months, according to a Snap spokesperson. In September 2021, 23% of drug-related content reported by users contained references to sales, but in December 2022, that rate was 3.3%.

The company said it cooperates with law enforcement investigations and has members available at all hours to respond to issues reported on the app, the spokesperson said. The platform also prevents users under 18 from showing up in search results unless they have friends in common with the person searching.

The lawsuit says Snapchat is “uniquely popular” among drug dealers and has a role in the sale of large amounts of fentanyl to young people.

The National Crime Prevention Council sent a letter to the Justice Department in December calling on the agency to investigate Snapchat and the sale of the deadly drug through its platform, according to the Los Angeles Times.

More than 107,000 Americans died from drug overdoses between January 2021 and 2022, according to the Centers for Disease Control and Prevention. Nearly 67% of these deaths involved a synthetic opioid, primarily fentanyl.

These are the eight people whose families are suing Snapchat. In each of their cases, the person bought a pill believing it was a prescription drug, such as Percocet, an opioid pain reliever, or Xanax, an anxiety medication, from a drug dealer they found on Snapchat. In reality, the pills contained fentanyl, leading to each of their deaths.

Michael Stabile, 15, from Coure d’Alene, Idaho, died from fentanyl poisoning on May 10, 2021, according to the lawsuit. He loved skateboarding, snowboarding and “spending as much time in the outdoors as possible.”

Emily Taylor, 17, from Ottowa, Illinois, was put on life support after taking a fentanyl-laced pill on March 3, 2021, according to the Social Media Victims Law Center. She died on March 5, 2021.

“Emily’s only known connection to this dealer was Snapchat; he would not have found Emily, nor would Emily have been connected to him, but for the Snapchat product,” the complaint says.

Family described her as a funny, outgoing person who loved animals and wanted to be a nurse. She was planning a high school graduation party with her mother in the days before her death.

Ava Sorenson’s mother found her lying in bed with foam coming out of her mouth after she didn’t turn off her morning alarm. She died on Oct. 13, 2022, according to the lawsuit.

A “loyal and dedicated friend and daughter,” the 17-year-old from Gilbert, Arizona, was a “happy kid” but also stubborn and headstrong, family members said.

Manuel “Manny” Navarro, 17, from Chino Hills, California, died on June 1, 2021, according to the lawsuit. Navarro had been in pain after having surgery on his collar bone following a skateboarding accident. The public profile and user location features on Snapchat helped connect him with a dealer, the lawsuit says.

Jaeger had been unable to do gymnastics because of knee pain. A corrective surgery in October 2021 only made the problem worse.

She was named after the Fourth of July fireworks, where her parents met. She could “light up any room with her smile and laughter” and was always ready to help a stranger, the lawsuit says.

The dealer suspected of selling him the drug still had an active account on Snapchat a year after Osterman’s death, Bergman said.

Cody Mehlos, 21, from Big Bear Lake, California, was found dead by his mother on Jan. 2, 2021, according to the complaint.

Mehlos was “outgoing, enjoyed helping others, and dreamt of being an entrepreneur,” the complaint says . He studied at the University of Phoenix, which gave him a posthumous business degree.

Ciara Gilliam, 22, from Des Moines, Iowa, was found dead on her bedroom floor by her grandmother on Aug. 23, 2022, according to the lawsuit.

Gilliam was a “happy and outgoing person” who was close with her parents and made friends “everywhere she went,” according to the complaint.

The plaintiffs are seeking “compensatory and punitive damages” in amounts to be determined at trial.

But Bergman said the lawsuit is not about money. The families’ main goal is to get Snapchat to change its design so the app cannot be used for illicit purposes, he said.

“For these parents, they’ve suffered the worst loss anybody can imagine, and the only thing that is motivating them is to prevent other families from experiencing the horrific loss that they did, and by holding Snapchat accountable, they’re hopeful they can do that,” he said. “If through this litigation we can save one life, it’s all worth while.”

Madeleine List is a McClatchy National Real-Time reporter. She has reported for the Cape Cod Times and the Providence Journal. 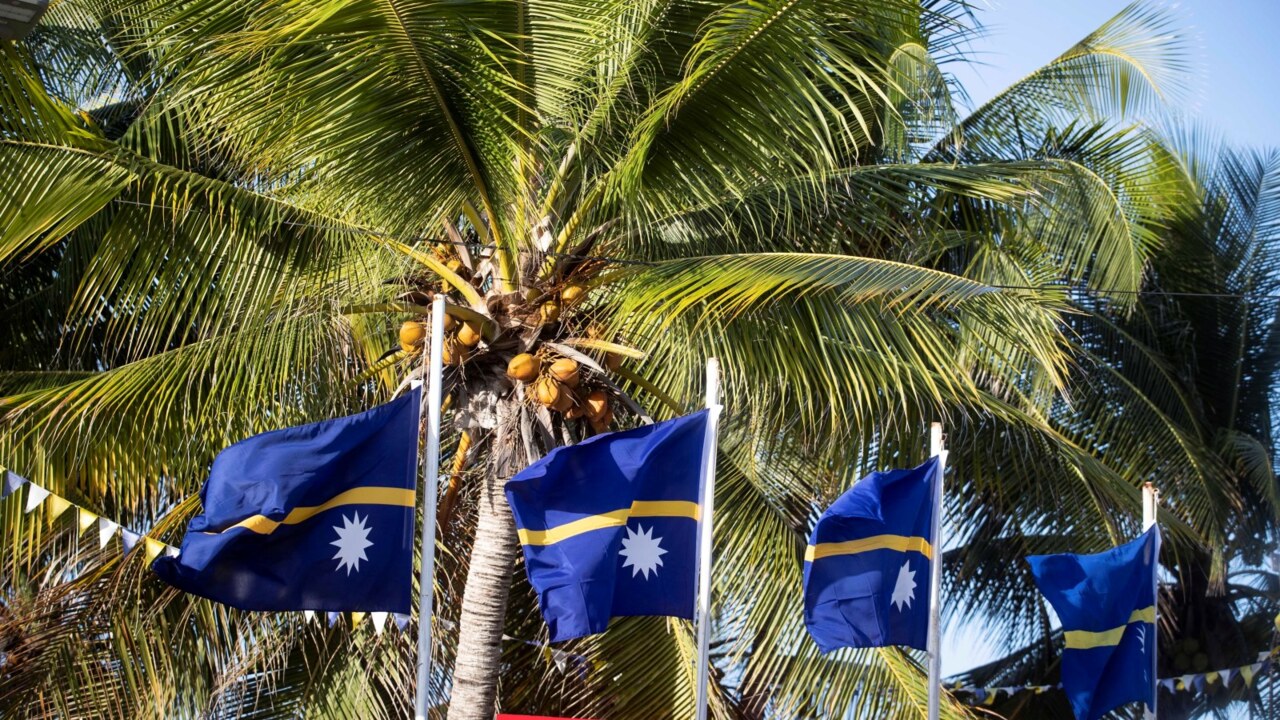 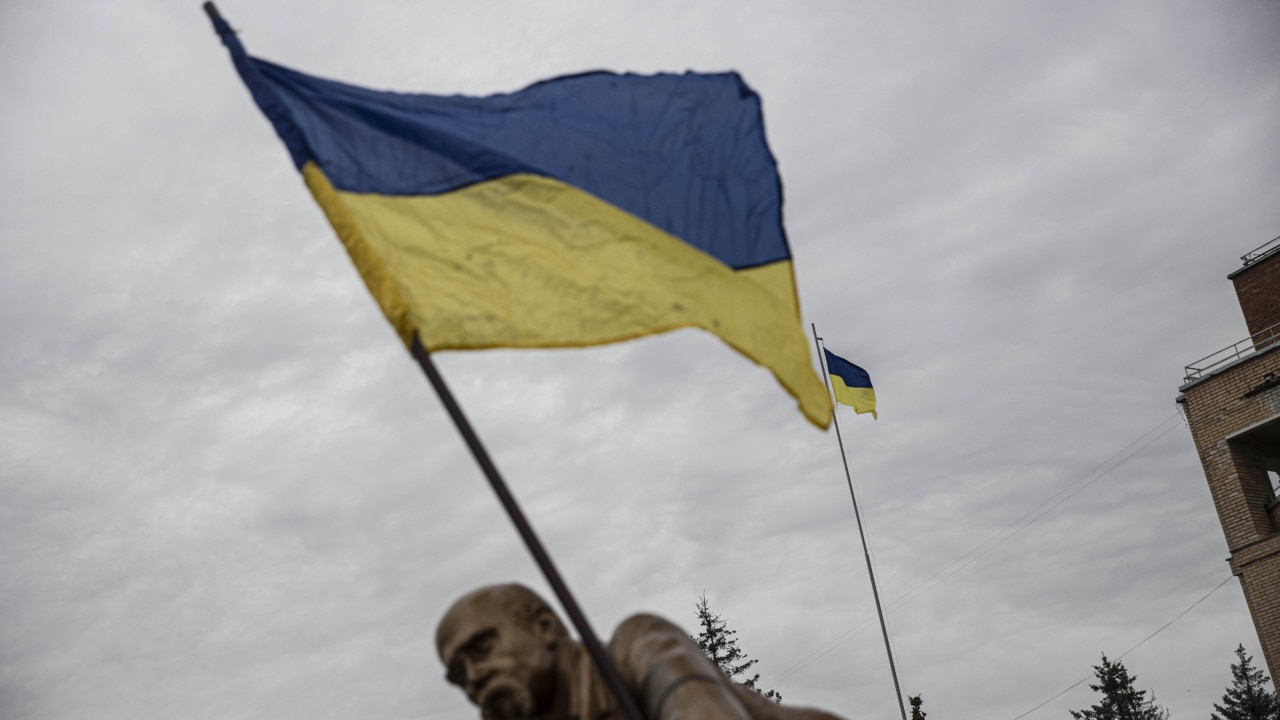 Check Also
Close
Powered by JustWatch
Recent Posts
Featured Posts
What will happen at the King’s coronation?
12 mins ago

Donald Trump takes the Fifth in deposition video
25 mins ago