Margaret Vincent remembers spending a lot of her childhood and early adult years on Topsail Island when it was free to pull up near the beach.

That changed this year with the start of paid parking in Surf City and North Topsail Beach. Topsail Beach, their neighbor on the southern end of the island, hasn’t made that decision yet. She lives in Warsaw and continues to visit with her family and noticed a little more traffic than usual.

“I went down in April and you could tell that shortly after they started the paid parking in North Topsail and Surf City, that everybody flooded to Topsail Beach,” Vincent said about her observance of traffic.

In Topsail Beach, parking is free for residents and visitors, but that may change. At the board’s September meeting, officials from Topsail Beach discussed the possibility of adding paid parking for the 2022 season. Like other beach communities, the town is dealing with challenges of more visitors.

While parking revenues for Surf City and North Topsail are set to help shore improvements, other beach towns in New Hanover County are also charging to upkeep their communities as their popularity surges with tourists. Brunswick County is also seeing its share of beachgoers and residents rise, but many town officials are not ready to take that step.

“Our goal was to take a look at this past summer and see the impacts on parking in terms of how occupied it is and impacts on services such as sanitation, police, and fire and then kind of take a look at it from that perspective to see what our next steps are,” Rose said.

“We are not necessarily moving towards paid parking,” Rose said. “It is one of the options that we’ll look at. But right now, we’re just looking at the very beginning options of the summer services that we provide and what our next steps would be as far as it relates to parking.”

In Topsail Beach, spaces are available at a variety of places. Some of them include beach accesses, a few soundside places and the Town Center Park in downtown, and the gazebo lot on Anderson Boulevard.

On-street spaces are throughout town, but they’re unmarked. There are 237 marked spaces and 39 unmarked. On-street parking is not included in the total. For parking at the oceanfront and sound areas, there are 22 and 12, respectively.

Before the tourism season, the town improved access locations after it re-graveled and added concrete stops to show people how they should park. In addition to making it look better, it also added a few spots in certain areas.

Vincent is not against regulations of making sure visitors park where they should, but she said $20 for a full day of parking could be spent somewhere else like a local business.

“I think it really hurts the North Carolina folks who want to go, too,” she said. “Make it a little more reasonable if you’re going to do that, maybe have some free pass days on Sunday or something. You’re going to lose people that way. They say day trippers don’t shop, but they do. You see them. If you have a family of three and they’re going to have to pay for the parking, they’re going to have to budget that along with gas. They’re probably going to carry sandwiches than eating at local restaurants.”

Earlier this year, Surf City officials approved to implement paid parking from April 1 through Oct. 15. To park in Surf City, the charge is $3 per hour, or up to $20 per day. Currently, residents and visitors in Surf City can register for seasonal permits through Pivot Parking. The money will be used to help fund a 50-year coastal storm damage reduction plan through the U.S. Army Corps of Engineers, in addition to other structured parking needs.

In the Onslow County community of North Topsail Beach, officials implemented year-round paid parking in March. Fees range from $5 hourly to $250 for a yearly rate. Mayor Joann McDermon noted that free spaces are also available made available by county officials.

“I also think the fears of off-island residents were subsided when they saw how much free parking is still available from Onslow County,” McDermon said.

From his perspective, Rose believes there are pros and cons to paid parking when it comes to accessibility and covering the service needs at Topsail Beach.

“As we see more and more people enjoy our beaches, really until we get into our unique situation, it’s hard to really say if it would be a benefit to us or if it would be problematic,” Rose said. “Surf City and North Topsail obviously have different issues and reasons for moving forward in that direction.”

“I feel for those people that have to come down and have to spend $30 just to go out there and catch a mullet or two,” Blanchard said during the September meeting. “I didn’t see any problem with the parking, but if we desperately needed the money, I’ll be right there to jump in it. Again, like a lot of things in this town, people don’t want to see it change.”

Before the tourist season, Kure Beach was one of several towns that started a new chapter with paid parking this year. Its Carolina Beach neighbor on New Hanover County’s Pleasure Island has been doing it for 20 years. With a town of 2,100 people, the population of Kure Beach swells during the spring and summer with visitors.

“When we grow to four times that size, we have significant trash,” said town official Mike Vukelich. “We need extra police. We need extra lifeguards. We need extra maintenance to keep the roads up. We have to pay more water and sewage for restrooms and so forth. All of that expense adds up and it falls on just the 2,100 people.”

To help, the town decided to see how paid parking will work when it comes to controlling where cars go and to see if people who uses the town’s infrastructure contribute in some way to the beach community. Vukelich some of the benefits may include street paving, adding extra crosswalks or to use the money wherever they legally can when it comes to parking revenue.

“If you think about it, you have to pay the county when you take things to the landfill,” he said providing another example. “So there’s a significant additional charge for landfill cost for recycling collection and things like that when you get into season and the town grows significantly. There’s cost associated with the guests and we just want them to participate.”

For visitors coming to nearby Carolina Beach, the hourly rates for parking are $5 and $20 for a full day. A $3 option with 2-hour restrictions is also available. It’s estimated that the parking program brings in about $1.5 million after expenses.

Bruce Oakley, town manager for Carolina Beach, added without the paid parking program, it would add almost 5 cents to the town’s tax rate to provide the same level of service. Revenue from paid parking goes into the general fund and is used to help fund general government operations, including maintaining beach accesses, funding departmental functions and more.

“The main advantage of having paid parking for beach access is that it alleviates some of the financial burden of the taxpayers to maintain town infrastructure and property,” Oakley said. “The large amount of tourists who visit put a lot of stress on our infrastructure and the parking revenue keeps property owners in Carolina Beach from having to fund it all.”

At Kure Beach, the daily and hourly rates were similar, with a weekly rate to park at $100. Many towns also provide incentives for residents and offers for visitors.

“The only people who have been somewhat complaining are people who come in for the day and accuse you of gouging and things like that,” Vukelich said. “They really don’t understand the costs that come with that. When you take 53,000 versus the number of complaints I was involved with, it’s minuscule.”

Further down the road, the Fort Fisher State Recreation Area in Kure Beach offers free parking with access to the beach and other amenities at the park.

During the weekends and summer, Katharine Womble said it’s hard to find a spot by noon to enjoy Pleasure Island. Generally when the parking lot fills up, they’ll park people alongside the road between U.S. 421 and the aquarium. There’s also a field across from Loggerhead Road that’s used for events and busy weekends.

“A lot of people do come here because it’s the only free place left around,” Womble said. “If you been here on the weekend and it looks organized that’s because the staff has parked people there.”

“The advantages are that the visitors help pay for the services that they are being provided – beach nourishment, police, ocean rescue, sanitation, cleaning and operation of facilities,” Owens said. “Obviously, the parking charges are also used to administer and staff the parking program.”

Michael Emory, communications manager for Oak Island, said the area offers more beach and Intracoastal Waterway access points. More than 60 are beach access locations. There are pedestrian and bicycle only points, but the majority are lots for car parking that doesn’t have parking meters.

“Almost every street end that runs vertically north and south, the street will end on a public beach access,” Emory said. “That’s the way the town was set up when it was developed (by the founders).”

Paid parking is an issue that comes up annually, but the council has not moved in that direction yet and decided to keep it free — which comes with a lot of positive feedback from visitors, residents and property owners.

But there are some people who like to see people pay for the financial benefits such as support for town infrastructure and programs.

This article is published through the N.C. News Collaborative, a partnership of Lee Enterprises, Gannett and McClatchy newspapers in North Carolina that aims to better inform readers throughout the state.

With Lionel Messi missing match against Montpellier, PSG hope he is fit for Manchester City clash 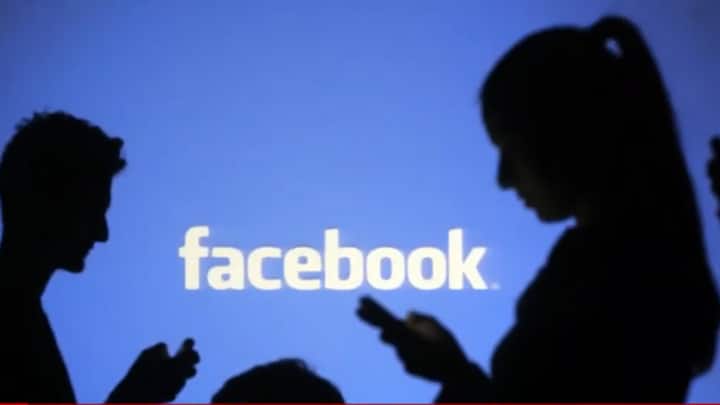 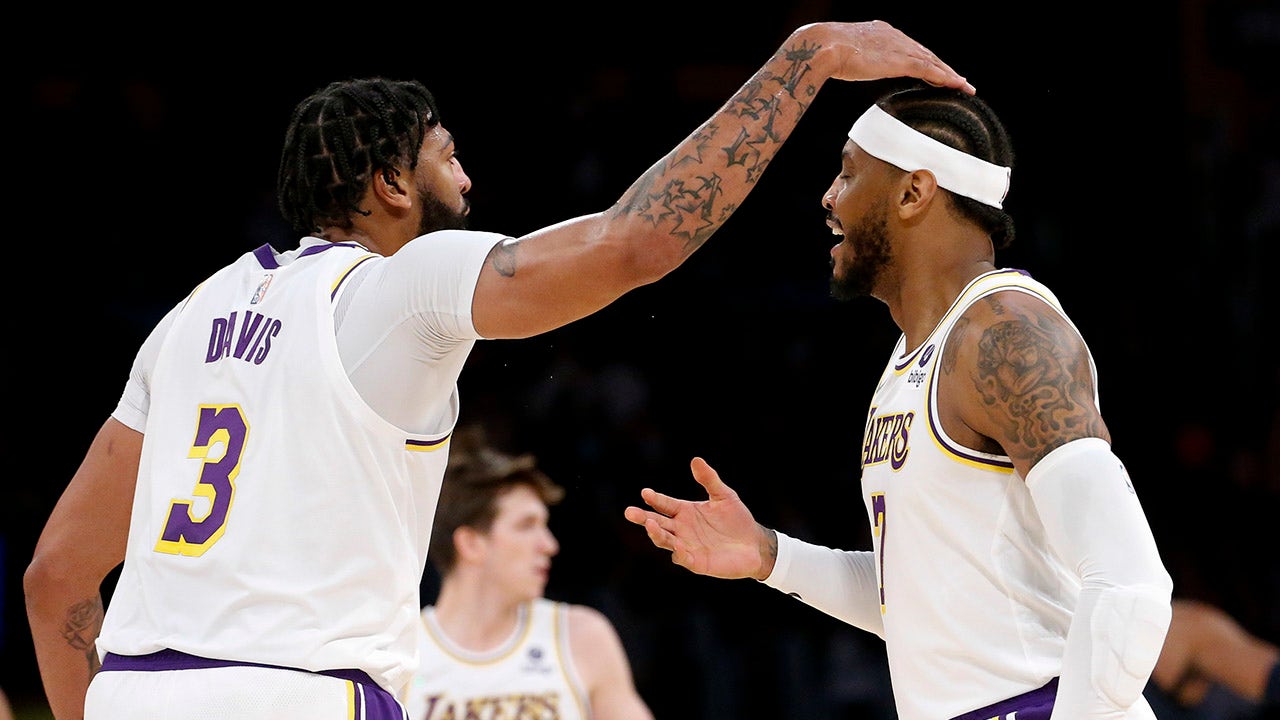