The word ‘smart’ can mean many things in the context of consumer technology, and applies widely to cover all manner of gadgets and appliances. However, it generally means that a device is connected to the Internet, and can draw some functionality using this connection. This can be used to do something as simple as turning the device on or off remotely by using a smartphone app, or even being able to keep an eye on your home in real time from a different continent – the possibilities are endless.

There are many Internet-of-Things (IoT) products available in the Indian market, covering various use cases. A lot of these devices can even work together; for example, you could use a smart speaker to control your smart appliances through voice commands. Because there’s just so much you can do, we’ve come up with this guide to help you make your home a smart one. Read on to find out which are our top picks among IoT gadgets and appliances in India right now.

However, before we get into our recommendations, it’s important to explain just what an IoT device is, and how it works.

What is the Internet-of-Things?

The entire purpose of IoT is to add Internet connectivity to regular devices and appliances, thus making them operable in different scenarios. The most common way to use this kind of connectivity is to make it possible to operate certain devices and appliances remotely using a smartphone or smart display app, or through voice commands. Some examples of this include being able to switch on or off smart bulbs without actually flicking a switch, viewing a camera feed of your home when you’re away, and more.

While the smart home and IoT segments in India are still growing, markets abroad show just how capable and impressive IoT devices can be, with everything from air conditioners to refrigerators gaining connected capabilities. The Internet of Things also has a lot of scope in the fields of elder care and healthcare. In India, the space already widely covers products such as air purifiers, cleaning robots, bulbs, and plugs, to name a few.

What do I need to use a smart device?

The most important thing to use any smart device is a good Internet connection. You need stable connectivity since your smart devices will need to always be connected to the Internet and hence, need to be within the range of your Wi-Fi router. The quality of the router is also important, as it will need to cover the range of your home to connect to all devices, and also be able to handle multiple connections.

Apart from this, you’ll need to install the individual apps for all of your smart devices, and it may therefore make sense to stick to a single or a few brands at best for all your smart devices so you’re not juggling between multiple apps. If you have a smart speaker or smart display, this makes it even easier to use IoT devices and appliances within your home, as many such devices allow for hands-free voice controls through the speakers. It’s advisable to look for IoT devices that work with Amazon Alexa and/or Google Assistant, since this way, you can control them directly via Google Home or Amazon Alexa apps and smart speakers.

You’ll also need to make sure your smart devices match with the inputs, sockets, and existing appliances in your home. For example, smart bulbs will need to fit into the right holder sockets, smart plugs will need to be matched to appliances according to their rated capacity, and devices such as air purifiers and smart air conditioners will need to be connected to an active power supply at all times. A mismatch here could cause damage to not only your smart devices, but also to any devices or sockets they are connected to.

Support for Google Assistant means that the Google Nest Audio can be used to control IoT devices around the home, as most third-party products such as smart bulbs, smart plugs, air purifiers, and more, are designed to work with Google’s voice assistant. You can also stream music and other audio content on the speaker, and good tuning and sound makes for an excellent and convenient listening experience.

One step above the smart speaker is the smart display, and the Amazon Echo Show 10 (3rd Gen) is the absolute best you can buy right now. While it is expensive at Rs. 24,999, it’s also the most advanced product of its kind, with a screen that can turn to follow the gaze of the user.

Apart from voice controls for supported IoT products from a number of brands including Xiaomi, Philips, and more, the Echo Show 10 (3rd Gen) also works well for video calls, music, and watching the occasional video content on its 10.1-inch screen. This is a great addition to any smart home, if you have the budget for it.

The simplest and often most affordable IoT product you can buy is the smart bulb, and this is a great way to get started with setting up your home automation. Among the best smart bulbs you can buy right now is the Mi LED Wi-Fi Smart Bulb, which is priced at Rs. 1,299 in India. It’s possible to control this smart bulb using an app from anywhere in the world, provided you have Internet connectivity and the bulb is connected to your home Wi-Fi.

You can also change the colour of the light as the 10W bulb supports 16 million colours and works directly without the need for an IoT bridge controller. It’s rated to work for up to 11 years, you can adjust the brightness, and it even works with Google Assistant and Alexa for voice controlled operation. It’s among the most versatile and feature-filled smart bulbs in the market.

Among the most affordable 6A smart plugs you can buy right now, the Rs. 799 Realme Smart Plug is simple but effective in controlling any connected devices and appliances. It can be voice-controlled using Google Assistant and Alexa, and also works with the Realme Link app where you can set timers or control the power state.

There is a physical button to control the smart plug, and it’s also considerably smaller than its competitors, thus making it a bit easier to use in tight spaces. It’s a great way to make smaller devices such as lamps, mosquito repellent machines, and power strips automated and connected.

One of the most useful applications of the Internet of Things is cleaning robots; you can control your robot to automatically clean your home at any time and from any place using a smartphone app. Among the best cleaning robots we’ve reviewed in recent times is the 360 S7, which is currently priced at under Rs. 30,000 in India.

The 360 S7 features both vacuum and mopping, uses laser navigation, and has a detailed app with the ability to very specifically and precisely control the cleaning tasks for the device. You can also control the robot using Alexa voice commands.

With increasing air pollution and also the possibility of allergies, air purifiers are a useful addition to your home. Although it’s possible to buy a good air purifier for under Rs. 10,000, top performance comes at a premium. The Dyson Pure Hot+Cool Air Purifier is priced at Rs. 55,900, and offers not only app-controlled air purification, but also warm air functionality which will come in handy during winters.

Although this isn’t the fastest or most effective air purifier you can buy for the price, it is IoT-enabled, looks and feels good with Dyson’s popular bladeless fan design, and works quietly, with an on-device display that shows you the PM2.5 levels in your room.

A smart camera is a simple and effective way to set up a home security or monitoring system, allowing you to access the audio and video feeds from anywhere in the world using an app. Among the best affordable options in India is the Realme Smart Cam 360, which is priced at Rs. 2,999. It’s well designed, can rotate 360 degrees, has the option of physically covering the camera shutter when not in use for privacy, and works well even in dark rooms.

The camera works with the Realme Link app, and also has a memory card slot to let you save footage at up to 1080p resolution, which can be accessed later through the app. The Realme Smart Cam 360 also supports motion and sound detection alerts, making this a capable and versatile IoT home security camera.

iRobot Roomba i3+: Although not quite as versatile as the 360 S7, the iRobot Roomba i3+ offers effective vacuuming, and can also have the vacuum bin on the robot automatically cleaned by the Clean Base docking station.

Apple HomePod mini: The Apple HomePod mini isn’t as capable as the Google Nest Audio or Amazon Echo Show 10 (3rd Gen) when it comes to IoT compatibility, but it’s a good smart speaker that’s worth having if you’re already in the Apple ecosystem.

Mi Smart Speaker: Among the most affordable full-sized smart speakers you can buy today, the Mi Smart Speaker is priced at Rs. 3,499, and offers Google Assistant support as well as loud, capable sound.

Google Nest Hub: Not quite as capable as the Amazon Echo Show 10 (3rd Gen) but considerably more affordable at Rs. 6,999, the Google Nest Hub integrates with your Google account to give you visual prompts for Google Assistant functionality.

Philips Hue Smart Bulb: One of the earliest brands in the smart bulb segment, Philips has expanded its Hue range significantly over the years. However, Hue bulbs are still a bit expensive, and not quite as smart as the competition.

Amazon Smart Plug: At Rs. 1,999, The Amazon Smart Plug is much more expensive than the Realme Smart Plug, works only with Alexa, and is fairly large in size. However, it has a feature called ‘power state retention’ that’s very useful for India where power cuts are frequent in some parts of the country.

Is HomePod mini the best smart speaker under Rs. 10,000? We discussed this on Orbital, the Gadgets 360 podcast. Orbital is available on Apple Podcasts, Google Podcasts, Spotify, and wherever you get your podcasts.

Affiliate links may be automatically generated – see our ethics statement for details.

Ali Pardiwala writes about audio and video devices for Gadgets 360 out of Mumbai, and has covered the industry for a decade now. Ali is a Senior Reviewer for Gadgets 360, where he has regularly written about televisions, home entertainment, and mobile gaming as well. He is a firm believer in 4K and HDR on televisions, and believes that true wireless earphones are the future of the personal audio industry. Ali is available on Twitter as @AliusPardius and on email at [email protected], so do send in
…More 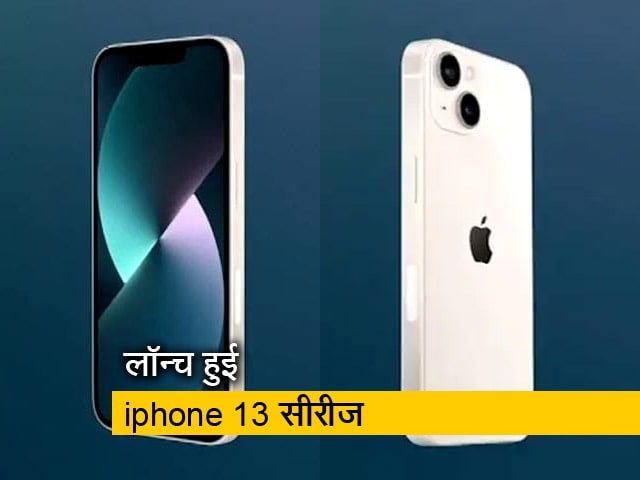