The Bharat Bandh called today has caused major congestion on several important routes and borders across Delhi National Capital Region (NCR). The traffic is being caused due to security checkpoints at certain routes, which is causing the vehicle flow to slow down significantly.

The Bharat Bandh has been called by the Samyukta Kisan Morcha, the umbrella body of over 40 farmer unions. Due to this, security has been beefed up at certain protest sites across Delhi NCR, which has caused massive traffic jams on major state borders.

As per reports, there is a huge traffic block caused on the Delhi-Gurugram border, as the security has put up barricading and is checking all the cars crossing in and out of the national capital. Traffic movement was hit majorly during office timings, from around 10 am to 12 pm.

Massive traffic snarl seen at Gurugram-Delhi border as vehicles entering the national capital are being checked by Delhi Police and paramilitary jawans, in wake of Bharat Bandh called by farmer organisations today. pic.twitter.com/dclgkqp3X1

Similarly, there was a major traffic block witnessed on the Delhi Noida Direct (DND) flyover, which connects Uttar Pradesh to the national capital. Due to the ongoing Bharat Bandh, protesters have blocked major chunks of roads in Delhi, which has caused traffic congestion.

The Bharat Bandh today has been called by the SKM that is protesting against the Centre’s three farm laws. The Bharat Bandh commenced today at 6 am and will continue till 4 pm. Hundreds of farmers have blocked major highways across Delhi and parts of Haryana, marking one year of the farmers’ protest.

Several protestors were also seen sitting on train tracks in Amritsar. As per media reports, protestors agitating against the three farm laws were sitting on railway tracks at Punjab’s Devidaspura village in Amritsar, in support of the Bharat Bandh called by farmer organisations today.

Though most of the roads across Delhi have been shut down, including NH 1, which links Delhi and Haryana, emergency services will still operate as usual. Ambulance, vegetable, and milk vehicles will run as per their usual timings, and emergency establishments, essential services will remain open such as hospitals, doctors’ clinics, medical stores.

The Secret of Dust: What's dust, where it come from & how to deal with it 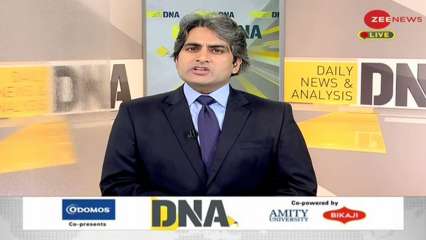 Amazon Festive Sale: Decorate Your House This Diwali With These Stylish Lights Under Rs 1,000 Amazon Festival Sale: Give New Look To Your Home This Diwali By Getting These Photo Frames