With one round remaining in the Champions League group stage, it’s all to play for to reach the knockout rounds — or book a consolation place in the Europa League.

Here’s the state of play across all eight groups, showing what each team needs to maintain hope of progressing.

Group winners and runners-up qualify for the Champions League round of 16, with third-placed teams dropping into the Europa League preliminary knockout round. Teams that finish bottom are eliminated from Europe.

Manchester City: Are through as group winners.

RB Leipzig: Are out of the Champions League and must match or better Club Brugge’s result on the final day to get into the Europa League — so a win at home to Man City secures it.

Liverpool: Have qualified as group winners.

FC Porto: Will be through with a win at home to Atletico Madrid. A draw will also be enough if AC Milan fail to beat Liverpool.

Atletico Madrid: Guaranteed to qualify in second with a win away to FC Porto.

AC Milan: Can only qualify with a win at home and a draw between FC Porto and Atletico. If both AC Milan and Atletico win, it’s Atletico who finish second on head-to-head away goals.

Ajax: Have qualified as group winners.

Sporting CP: Are through as runners-up.

Borussia Dortmund: Will drop into the Europa League.

Besiktas: Have been eliminated from Europe.

Real Madrid: Have qualified and need a point at home to Inter to win the group.

Inter Milan: Are also through but must win at the Bernabeu to take top spot.

FC Sheriff: Are out of the Champions League but guaranteed to drop into the Europa League.

Shakhtar Donetsk: Have been eliminated from Europe.

Bayern Munich: Have qualified for the round of 16 as group winners.

Barcelona: Must win away to Bayern to guarantee going through. Will also progress if Benfica fail to beat Dynamo.

Benfica: Have to win at home to Dynamo to have a chance of staying in, and will be through if Barcelona fail to beat Bayern. Benfica hold the head to head if level on points with Barca.

Dynamo Kiev: Have been eliminated from Europe.

Manchester United: Have qualified for the round of 16 as group winners.

Villarreal: Must avoid defeat at Atalanta to qualify for the Champions League knockout rounds, and are guaranteed at least a place in the Europa League.

Atalanta: Have to win at home to Villarreal to go through in the UCL, though a point would also earn a place in the Europa League.

Young Boys: Are out of the Champions League, but must win at Manchester United and hope Atalanta lose to take the place in the Europa League.

Lille: Need at least a point away to Wolfsburg to qualify, but if they lose they are sure to be in the Europa League. A victory assures top spot in the group. Cannot qualify in the UCL with a loss.

FC Salzburg: A point at home to Sevilla sends them through. They can win the group with a victory if Lille draw or lose. Cannot go through in the UCL with a defeat, but it’s enough for the Europa League if Wolfsburg lose or draw.

Sevilla: Have to win at Salzburg to qualify, which will be as group winners if Lille lose. A draw is enough for the Europa League as long as Wolfsburg do not win.

Wolfsburg: Might be bottom now, but they are guaranteed to finish no lower than second and qualify in the UCL if they win at home to Lille. Cannot finish in third place.

Chelsea: Are through and only need to match Juve’s result to top the group, which of course means a win makes that certain.

Juventus: Have also qualified, and have to better Chelsea’s result to top the group.

Zenit St Petersburg: Have been eliminated but will drop into the Europa League.

Malmo: Are out of Europe. 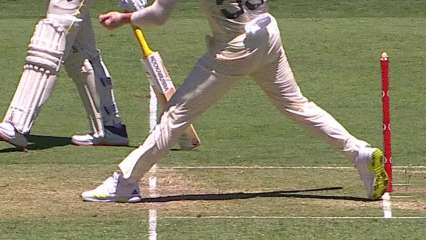 Tiger Woods to compete with son Charlie next week Kerala officer A Pradeep who died in IAF chopper crash had received praise from President, read full story
21 mins ago

Blast at Rohini Court in Delhi, tiffin bomb suspected; one injured
26 mins ago

As Biden seeks to bolster democracy around the globe, U.S. confronts Jan. 6 fallout at home
32 mins ago