The ACC Baseball Championship opened its five-day run in Charlotte on Tuesday with a slugfest.

The Cardinals (28-21), seeded seventh in the tournament, broke open a tight game with four runs in the sixth inning in the Pool B opener. Clemson, the 11th seed, dropped to 24-27 on the season.

Eighth-seeded Virginia met No. 12 Virginia Tech on Tuesday afternoon in the second game of the day. Sixth seed North Carolina was to meet 10th-seeded Pitt in the 7 p.m. nightcap.

Clemson led several times in the game and trailed only 10-9 after 5½ innings. Louisville scored four times in the bottom of the sixth and wasn’t threatened again.

The Tigers got most of their offense from the bottom of the lineup.

No. 8 hitter Adam Hackenburg went 4 for 4, scored three times, and drove in three runs. And No. 9 hitter Bryce Teodosio, who entered the game batting .221, had two hits and four RBIs.

Louisville got much of its offense from Binelas, who finished second in the ACC this season in RBIs. He went 4 for 5 and drove in six runs.

The Cardinals’ Ben Metzinger went 3 for 5, with two homers, and drove in four runs.

The vaccination is very slow in India. But it is the best chance for India to survive. 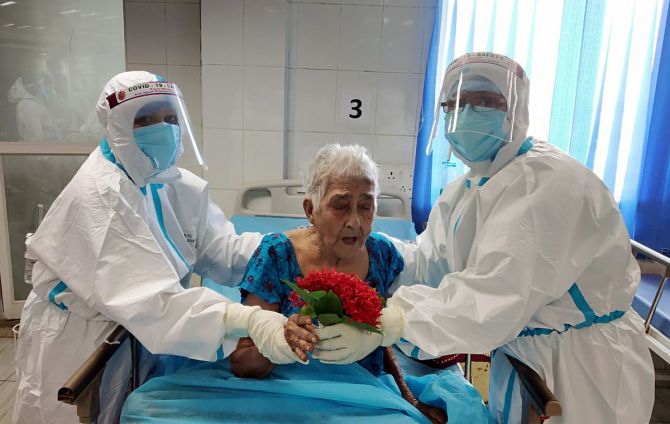