Since launching Completedworks in 2013, the London-based designer Anna Jewsbury has had the fashion set in full swoon with her twisted brass chokers and coiled gold-vermeil ear cuffs. And now, fans such as Adwoa Aboah, Alexa Chung, and Amy Sall have another reason to perk up at the sound of her name: Completedworks is launching its debut homeware collection. “It’s a bit cliché to expand the range after months of sitting at home,” Jewsbury acknowledges with a laugh, “but as we have found ourselves shuttered in our own spaces, that desire to arrange objects and make changes for comfort and to bring joy has been expedited.”

In the hands of Jewsbury, who studied mathematics and philosophy at Oxford, ceramic forms—a number of which were made in collaboration with the artist Ekaterina Bazhenova Yamasaki—appear surprisingly supple: fruit bowls feature curved folds; catchalls resemble plush pillows; cinched-in salt and pepper shakers bulge outwards. Brushed brass napkin rings, meanwhile, are scrunched-up and come accented with clusters of freshwater pearls.

“It’s jewelry but on a larger scale,” explains Jewsbury, who welcomed the opportunity to go big. “There’s always such a consideration for lightness when you’re making jewelry; it was quite freeing to go in the opposite direction for once,” she adds, pointing to a pair of towering, dough-like candlestick holders, which, in a new type of design challenge for her and her team, had to be sturdy enough to support a set of tapered bougies.

And yet, the sculptural objects may in fact be as visually satisfying when they’re left empty as when they’re filled, notes Jewsbury, who keeps the collection’s creased, matte white vase within eyesight—whether or not she’s had a chance to make it to the florist. “Even if you don’t have any flowers,” she muses, “it still looks great.” 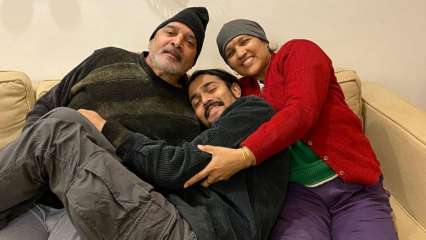 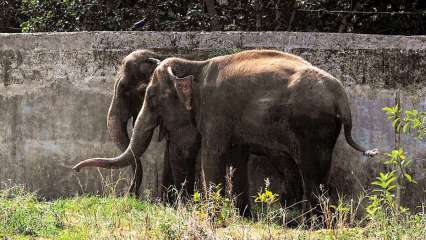