New Delhi [India], November 26 (ANI): Despite the exodus of several senior and prominent leaders, the Congress party feels that these deserters were opportunists, greedy or were afraid of the Bharatiya Janata Party (BJP) government. It was also felt that these exits would not be affecting the party much.

The party also feels that these deserters lacked commitment as it is not easy to stay in opposition and fight for people’s rights.

Speaking to ANI, a senior Congress leader said, “People who left the party are either opportunist, greedy or afraid of BJP government. It’s not easy to stay in opposition and fight for the cause of people and country. Many leaders who left were greedy, they lacked hard work, that’s the reason they left the party.”He further said that the party is not losing anything by these exits.

Another party leader pointed out, “When you are in opposition you get to know very closely who are your people. Who are there to fight for the cause of people and the country.”Many young leaders Sushmita Dev, Jyotiraditya Scindia, Jitin Prasada, Ashok Tanwar were among the key members of the Congress party who decided to switch sides.

These four young leaders used to be considered as one of the closest aides of Congress leader Rahul Gandhi.

While speaking over the matter to Congress in-charge of Meghalaya Manish Chatrath said he will meet the MLA’S and try to find out the reason.

Former Congress leader Kirti Azad who recently joined TMC also pointed out that there was major discontent in the nation and people as well as leaders were looking for a change.

“The kind of discontentment that people have across the country against the government at the Centre and they want a change. And when they look for a change and an alternative they only have one option that is West Bengal Chief Minister Mamata Banerjee,” Azad said.

He further alleged that the Congress leaders are fighting amongst themselves.

“Congress need authentic leadership the one to lead on the field,” he added. (ANI) 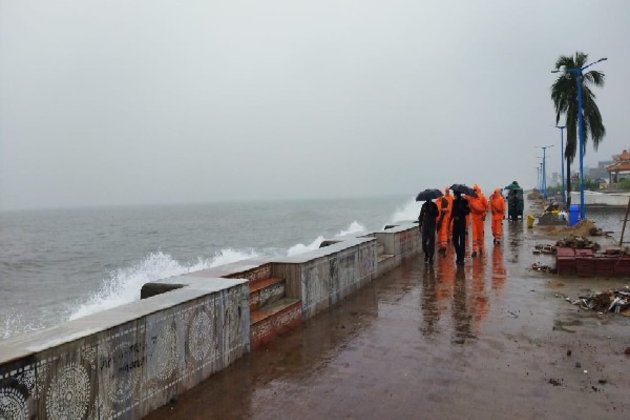 Omicron Scare: 6 patients belong to same family out of 8 cases detected in Maharashtra

Follow Us
534
Featured Posts
Covid-19: Could the Omicron variant cause milder illness?
2 mins ago

Woman gangraped in lodge for 3 days in Kerala, one arrested: Police
18 mins ago