Vill told “The Story” how the governor visited her home in 2017 to survey flood damage, where he proceeded to kiss her in an “overly sexual” manner that was uncomfortable and embarrassing for both she and her family.

“I knew right after the first incident – the first kiss, him calling me beautiful – that there was something not right,” she said. “I immediately did feel embarrassed.”

Vill released a public statement on March 29 which read, “I know the difference between an innocent gesture and a sexual one. I never felt as uncomfortable as I did the day that Gov. Cuomo came to my home.”

The accuser was quick to say she would testify against Cuomo if prosecutors were to build a case since she feels strongly about the governor’s behavior towards women.

“He is trying to make excuses for his behavior,” she said. “And I also feel like [testifying] is the right thing to do.”

Cuomo’s public statement released Tuesday suggested that his accusers are abusing the law meant to protect “legitimate” sexual harassment victims, and instead are using it as a platform for publicity. His comments sparked universal outrage – Vill included.

“The governor is not above the law nor is he above plain decency,” she said. “It’s a disgrace.”

Even for vaccinated people, now is the time for masks and testing, public health experts say 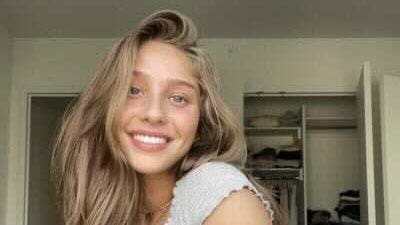 Want to weigh in on North Carolina redistricting maps? Your last chances are next week