A Democratic congressman called out his progressive colleagues for provoking anti-Semitism by referring to Israel as “a terrorist or apartheid state.”

During a CNN interview on Monday, Rep. Dean Phillips, D-Minn., was asked if he had conversed with any of his  fellow progressive lawmakers regarding his previous tweet, which called out their “silence” on condemning anti-Semitic attacks

Phillips, who is Jewish, said he’s “never had to stand up in this way” throughout his life and that “these are the times” his grandparents and great-grandparents cautioned him about growing up.

The Minnesota Democrat said that there was a “problem on the right” regarding anti-Semitism while referencing Rep. Marjorie Taylor Greene, R-Ga., before noting that America was now “seeing attacks from the left.”

“And just as the former president called COVID the ‘China flu’ — which wrote the tax on Asian-Americans — calling Israel a terrorist state or an apartheid state, to me, is doing the same thing to the Jewish community, which has been persecuted for so many generations,” Phillips said.

The Democratic congressman said it was “time to stand up” and called on his progressive colleagues “to recognize what is at stake here.”

Phillips also told his colleagues to look to the past in pre-World War II Germany, when Jewish people felt as safe there “as they do in America right now.”

“But these are the signs and signals that are very disconcerting for the community and I feel an obligation to point that out and not condemn, but invite my progressive colleagues to help us,” he added.

The two-term congressman called out his progressive colleagues on social media for not showing the same amount of “vigor” in pushing back against anti-Semitic attacks as they do other “areas of activism.” The tweet, posted last week, was seen as a thinly-veiled shot at the “Squad,” – the small group of progressive House members who have a history of making anti-Israel comments.

“I’ll say the quiet part out loud; it’s time for ‘progressives’ to start condemning anti-semitism and violent attacks on Jewish people with the same intention and vigor demonstrated in other areas of activism,” Phillips tweeted.

“The silence has been deafening,” he added.

Last week, House Minority Leader Kevin McCarthy and GOP Rep. David Kustoff introduced a bill with the mission to prevent anti-Semitic hate crimes amid a violent wave of attacks against Jewish Americans in the United States.

“Over the past several weeks a growing number of House Democrats wrongly blamed the violence in the Middle East on Israel,” McCarthy told Fox News. “In fact, Representatives Alexandria Ocasio-Cortez, Rashida Tlaib, and Cori Bush irresponsibly tried to delegitimize our closest ally in the region, calling it an ‘apartheid state.’ Within days, this same sentiment of bigotry spilled into several major U.S. cities. Graphic videos showed pro-Hamas mobs intentionally target random Americans simply because they were Jewish. ”

“Jews are the targets of the majority of hate crimes committed in the United States against any religious group, including attacks on houses of worship and Jewish community centers,” the bill states.

Dog trainers advise how to prevent children from being bitten, after 2 fatal attacks 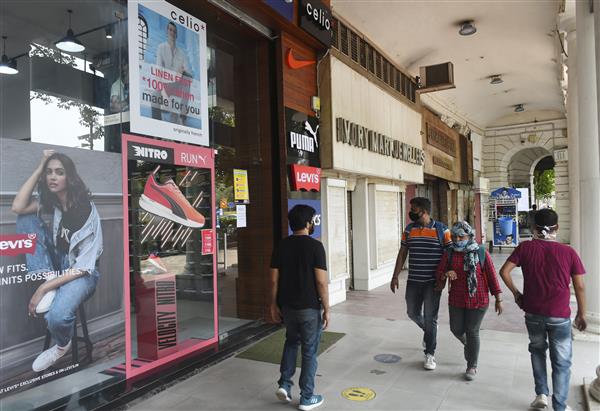 Over 50 shanties of Rohingya refugees gutted in fire in Delhi, no casualty