The Centre said that the NEET (PG) counselling would stand postponed for a further four weeks as per assurance earlier given to the court.

The Centre on Thursday told the Supreme Court that it has taken a considered decision to revisit the limit of rupees eight lakh annual income fixed for determining the Economically Weaker Sections (EWS) category for reservation in NEET admissions for Post-Graduate medical courses.

A bench of Justices DY Chandrachud, Surya Kant, and Vikram Nath was informed by Solicitor General Tushar Mehta that a committee will be constituted to determine the criteria for EWS and it would take four weeks. Mehta said that the NEET (PG) counselling would stand postponed for a further four weeks as per assurance earlier given to the court.

Justice Kant said that the EWS quota is a very enabling and progressive kind of reservation and all States should support the Centre in its endeavour. The bench said that the only question is that determination of the category should be in a scientific manner and it appreciates that the Centre has taken a decision to revisit the criteria earlier fixed.

Senior advocate Arvind Datar, appearing for petitioners (students), said since a lot of time has passed and Centre should push back implementation of the EWS quota for the next academic year and the current year counselling should be allowed to go on.

The bench agreed with the submission of Datar and asked Mehta whether it could push the implementation of the constitutional amendment for the next academic year and allow the counselling to go on for the current academic year.

Mehta said that the government has taken a decision to implement the 103rd constitutional amendment from the current academic year and pushing back would not be appropriate. He said that if the determination is done earlier than four weeks then it will inform the court.

The bench told Datar that four weeks is not unreasonable and it doesn’t want to push the government to do it earlier otherwise the criteria would be fixed in an unscientific and haphazard manner.

Advocate Shashank Ratnoo, appearing on behalf of some OBC candidates, requested that the application of reservation to OBC students should not be deferred as the Centre is planning to revisit the EWS criteria.

The bench said that it has not said anything about OBC students and is not disposing of the petition. It then recorded the submission of Mehta and posted the matter for further hearing on January 6. On October 21, the top court asked the Centre whether it would like to revisit the limit of rupees eight lakh annual income fixed for determining the EWS category for reservation in NEET PG admissions.

The top court had clarified that it is not embarking into the policy domain but is only trying to ascertain whether constitutional principles have adhered or not. It was annoyed as no affidavits were filed by the Ministry of Social Justice and Empowerment and the Department of Personnel and Training (DOPT) and formulated questions to be answered by the Centre in a week.

It had asked the Centre whether any exercise was undertaken before fixing a limit of Rs 8 lakh annual income for determining the EWS category and whether Major Gen (retd) SR Sinho commission report of 2010 was considered before ascertaining the criteria.

On September 17, the top court has agreed to hear a batch of pleas of students against the July 29 notice providing 27 per cent reservation for OBC and 10 per cent for EWS category in 15 per cent UG and 50 per cent PG All India Quota seats (MBBS/BDS and MD/MS/MDS) with effect from the current academic session 2021-22. The Medical Counselling Committee (MCC) in its July 29 notice said that 27 per cent reservation for Other Backward Class (OBC) and 10 per cent for Economically Weaker Section (EWS) category will be provided in NEET (PG) admissions for medical courses.

Get live Stock Prices from BSE, NSE, US Market and latest NAV, portfolio of Mutual Funds, Check out latest IPO News, Best Performing IPOs, calculate your tax by Income Tax Calculator, know market’s Top Gainers, Top Losers & (*8*). Like us on Facebook and follow us on Twitter. 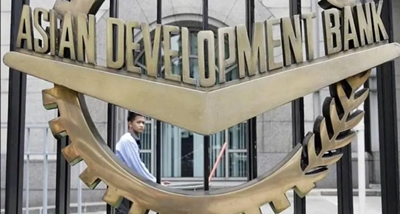 Follow Us
534
Featured Posts
Yes, it’s snowing in Hawaii, no, it’s not that weird
10 mins ago

Entrepreneurs should tap into opportunity emerged from closure of factories in China: Narayan Rane
22 mins ago