SPA-FRANCORCHAMPS, Belgium – It took Formula One three hours and forty-four minutes to complete three laps at the Belgian Grand Prix, the shortest race in the championship’s 71-year history.

The three laps were completed behind the Safety Car. Half points were handed out to the top ten finishers, and there was even a podium ceremony for Max Verstappen, a delighted George Russell (on the podium for the first time) and seven-time world champion Lewis Hamilton.

Fans at the circuit were furious, with many staying in the heavy rain all afternoon only to be rewarded by the sight of three processional laps behind the Safety Car.

Hamilton led the criticism of the outcome, labelling the event “a farce” and repeatedly saying post-race that the fans who attended Spa-Francorchamps deserved a full refund.

Yet, notably, Hamilton’s frustration wasn’t aimed at the decision not to race. The Mercedes driver, renowned as a master of wet conditions, admitted racing safely on Sunday was simply impossible.

“Obviously, we can’t control the weather, and I love racing in the rain, but today was something else,” Hamilton said. “You really couldn’t see the car ahead, there was aquaplaning, it was unfortunately just a disaster on track.”

In fact, none of Hamilton’s rivals disagreed with the decision not to go racing on Sunday. But, like Hamilton, a lot of them were frustrated with how the event unfolded.

Before we look at some of the more contentious issues, such as the half points, it’s important to look at why F1 appeared to be playing an impossible waiting game against Mother Nature on Sunday afternoon.

The reasons racing was unsafe

The rain you could see on the television screens was not the same as the rain visible through the window of the Spa-Francorchamps media centre. It was already heavy in the morning, and that intensity got worse after lunch as the allotted start time — 3 p.m. local time — approached.

It is an understatement to say the TV images did not do it justice. By the time the race was supposed to start, the rain was blowing sideways across the paddock and pit lane. That remained the case for much of the afternoon, with one slight let up (which we will come to).

McLaren driver Daniel Ricciardo later suggested that the best time to start the race would have been half an hour before the scheduled time, when conditions were better than they would be for the rest of the day — a fact we know now but did not know then. Even so, Red Bull’s Sergio Perez still lost control of his car on the way to the gird at 2:30 p.m. and slid into a wall.

When 3 p.m. rolled around the rain wasn’t an issue as much as the standing water on track. The design of modern F1 cars means the spray out of the rear of the car is huge.

Lando Norris pointed out that it was striking how little water the Mercedes Safety Car, a modified AMG GT R road car, threw out behind it in comparison to the 20 F1 cars which were following its speed behind. It was a night and day’s difference. At racing speed, the spray behind the F1 cars would have been even greater.

When Verstappen pulled into the pit-lane at the first suspension of the race, which came after three formation laps, he said he felt the conditions at 3:30 p.m. were good enough to start the race — a verdict he echoed after the race was finally abandoned at 6:44 p.m.

The 19 drivers behind Verstappen were experiencing things a little differently to the race leader. George Russell, running second, claimed he couldn’t see the flashing red light on the back of Verstappen’s car.

Ferrari’s Carlos Sainz said he could barely see past his steering wheel.

“From pole position for sure you can start,” Sainz said when told Verstappen’s viewpoint.

“From P11, there wasn’t, at any point during today, I saw it ready to start.

Pierre Gasly, running in fifth, put it most bluntly. Gasly started his weekend by laying flowers at Raidillon and saying a prayer for his friend Anthoine Hubert, who was killed in a Formula 2 crash at Spa in 2019. Hubert lost control of his car and was t-boned by Juan Manuel Correa, who was unable to take evasive action at one of the fastest sections of race track in motor racing.

Gasly hinted that F1 risked a disaster if it tried to race in those conditions.

“The problem was, you always rely on all the guys in front of you to stay on track and go at a similar speed that you’re going, because if somebody is stopped then you arrive at 200-250 [km/h],” Gasly said.

“Visibility was about 30 metres. Once you see the car at 200-250, there’s no way you’re stopping. We’ve seen enough horrible things here on this track, I think unfortunately [not racing] was the right option.”

“No-one wants anyone to get hurt,” Vettel said.

“We don’t want to get hurt in the car and we don’t want any spectators to get hurt. That’s always priority number one. It’s probably not a popular decision but probably the right decision in the conditions today.”

For FIA race director Michael Masi, who ultimately decides whether it is safe enough to go racing, it was a near-impossible situation.

As well as fielding messages and queries from F1’s 10 teams, Masi was also studying weather radars and waiting for an opportunity to go racing again. While F1 has often found a lull in weather or a window of opportunity in previous rainy Sundays, on this occasion the forecast was bleak.

Before the race several teams told ESPN their forecasts had the rain continuing as it was all the way through to midnight. Complicating this situation even further was that F1’s rigid schedule allows for no leeway in terms of rescheduling to Monday or to later in the season. It was now or never.

One opportunity presented itself at shortly after 6pm, when the rain briefly relented over La Source and then the rest of the circuit. This lull in the weather lasted for maybe 10 minutes at best and much of that time was spent with F1’s Medical Car doing reconnaissance laps of the long Spa circuit to see whether the standing water had dissipated.

By the time F1 had got the pack out to “start” the race, the rain had intensified again. There would be no second let up and after three laps behind the Safety Car, the race was officially stopped.

Was the ‘start’ a genuine attempt to go racing?

The grid’s two most successful drivers, Hamilton and Vettel, were sceptical about the motivations behind the short flurry of track activity. While Masi insisted the cars were sent out to capitalise on what looked like a fleeting — but very real — break in the conditions.

Ahead of the first attempt to get the race underway at 3:25 p.m., Vettel had been questioning why F1 was even trying to run cars on the race track.

When told the formation laps would take place behind the safety car, Vettel radioed Aston Martin to say: “What’s the difference now? Nothing.

“I guess TV money is the difference. I’m just stating the obvious. There’s more rain the last 20 minutes now [than before]”.

“Money talks and the two laps to start the race is all a money scenario,” Hamilton said after the race. “So everyone gets their money and I think the fans should get theirs back too.

“Because unfortunately they didn’t get to see what they paid for.”

“We were sent out for one reason and one reason only,” he later wrote on social media, again hinting that F1 was trying to satisfy commercial or financial obligations.

F1 boss Stefano Domenicali denied this was the reason.

“Two laps or zero laps, it doesn’t make a difference in that respect,” Domenicali said about money.

“That’s why when I hear there were commercial discussions behind [the scenes], that’s totally not true. When we are talking about racing there is a responsibility and a clear process.

“These things are not connected at all.”

When asked if his decision were influenced by outside factors such as commercial considerations, Masi said: “No, none, zero, never.

“And that would never become part of my consideration. Not at all.”

What was most remarkable was that most drivers who had scored points were speaking out against it. While Russell could be forgiven for celebrating his maiden podium finish, which was built on the back of a remarkable Saturday qualifying performance, most of his rivals found it difficult to stomach being rewarded for a Sunday with zero racing laps.

When it was put to him that it could be seen as a reward for qualifying well, Vettel replied: “Yeah, but that’s a joke.

Sainz said two laps is not an acceptable minimum requirement for points.

“If [the start] was done just with the intention of awarding points, then I think it’s absolute nonsense,” Sainz said. “I don’t think we should do any laps just to alter the final result of a race.

“If it was done with the intention of actually running and re-starting the race, then yes, which brings me to the next point, which is how far into the race you call it a race?

“If there were actually no race laps, no competition, why should points be given and any result be given, because there was basically no race, I didn’t race, so I didn’t deserve the half a point I got, so I don’t know why I got it.”

McLaren boss Zak Brown called for a review of the two-lap rule and said F1 needs to look at ways to have a flexible schedule to allow for last-minute contingency plans.

“The regulations state that after we do a few laps it can be called a race,” Brown said. “I think that needs to be reviewed. I don’t think anyone would argue the weather weather was safe to race in but we need a better solution as a sport when that kind of situation happens the outcome should not be a race after three laps behind a Safety Car.

“That is what the rules say but that now needs to be reviewed by all of us to learn from today and realise if we are given this type of situation what would we do differently to make sure the outcome is everyone gets their race in, whether that’s the following day, whether we come back.

“It’s quite complicated with the schedule but I don’t think anyone would say today it felt right calling that a race.” 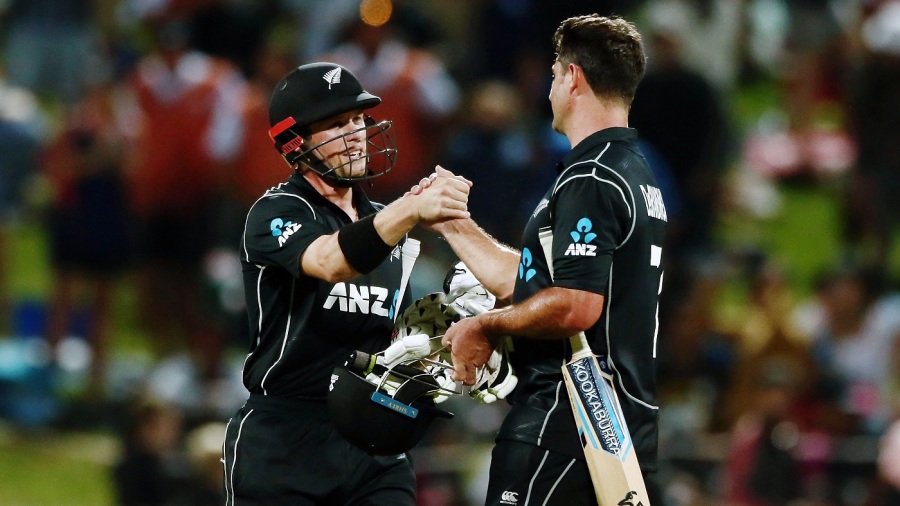 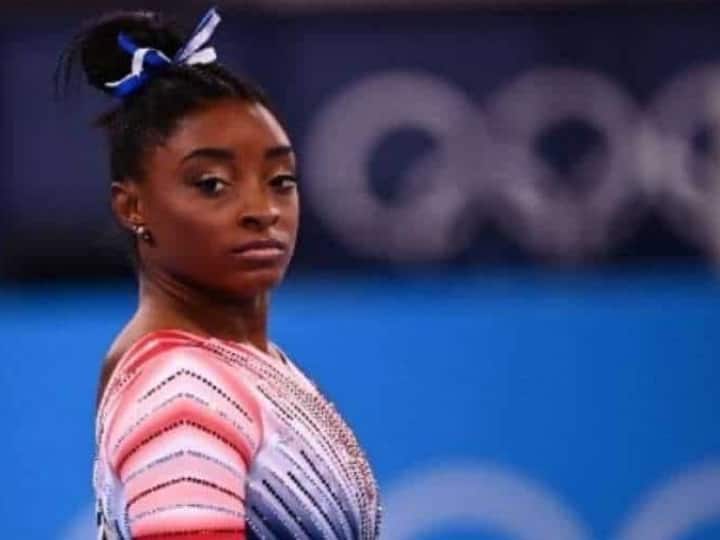 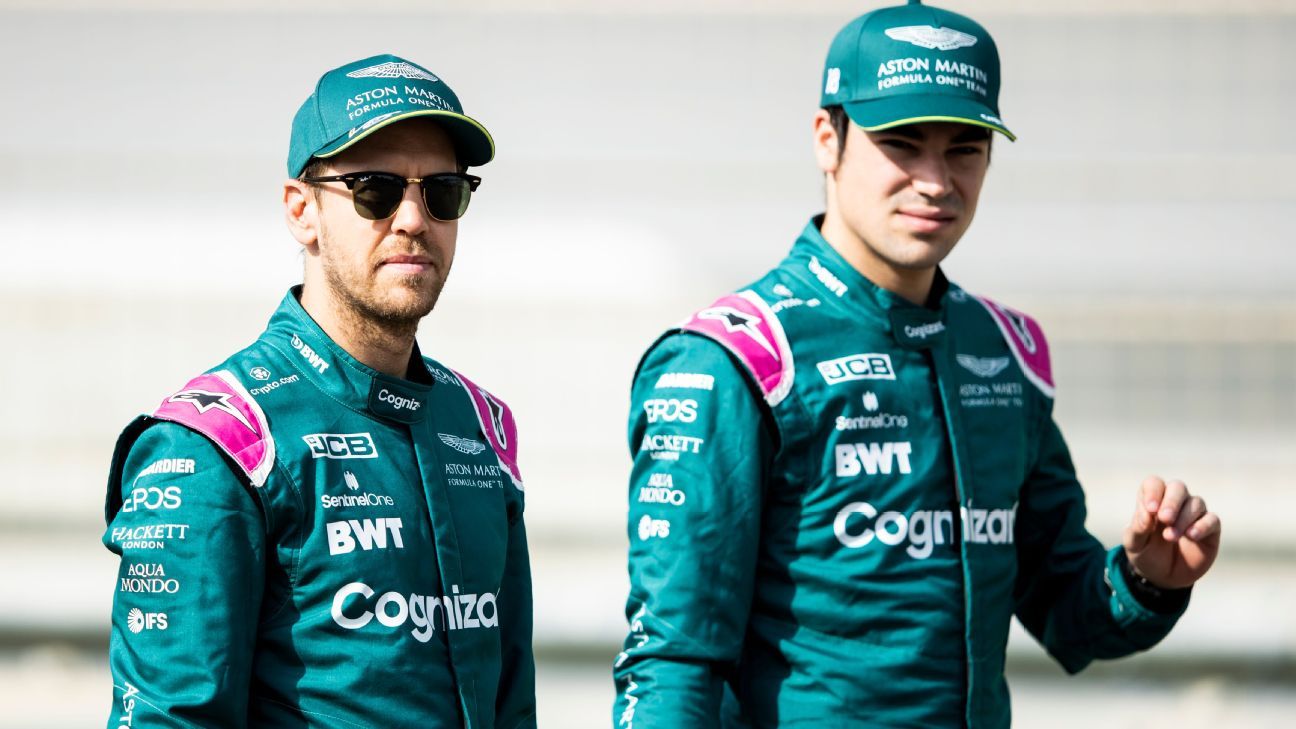