KARIMNAGAR: Four persons died Friday morning when the car they were traveling in rammed a roadside tree on Karimnagar – Warangal National Highway under Manakondur police station limits. The condition of one person, who has been admitted to a hospital is reported to be critical.

The deceased belonged  Jyothinagar in Karimnagar town. They were returning to Karimnagar after attending a death ceremony at  Kallur in Khammam district when the accident occurred.

The police who rushed to the spot suspect that the accident might have occurred due to the driver’s ennui. 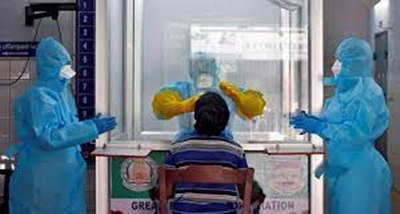 India-Bangladesh railway line likely to be completed by next year; details here
14 mins ago

Yes, it’s snowing in Hawaii, no, it’s not that weird
24 mins ago