Frontier Airlines plans to become the second carrier with nonstop flights between the Triangle and Cancun, but you’ll have to fly on Saturdays.

Frontier announced Tuesday that it will begin flying nonstop between Raleigh-Durham International Airport and Cancun on Jan. 22. The flights to and from Mexico will take place only on Saturdays.

Cancun will become the 14th nonstop destination for Frontier from RDU and the only international one. The low-cost airline specializes in leisure travel and changes its schedule throughout the year, flying to some destinations only seasonally.

But the carrier plans to maintain is Cancun service year round, according to spokeswoman Jennifer De La Cruz.

The new RDU flight was part of a larger announcement from Frontier on Tuesday. The airline said it would also begin flying nonstop to Cancun this winter from Baltimore, Boston, Columbus, Detroit and Minneapolis.

Cancun is one of three international destinations that airlines serve with nonstop flights from RDU. The others are Montego Bay, Jamaica, by JetBlue, and Toronto by Air Canada.


Richard Stradling covers transportation for The News & Observer. Planes, trains and automobiles, plus ferries, bicycles, scooters and just plain walking. Also, hospitals during the coronavirus outbreak. He’s been a reporter or editor for 33 years, including the last 21 at The N&O. 919-829-4739, [email protected] 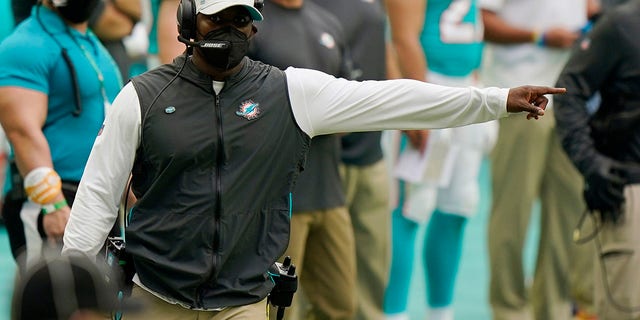 Dolphins players reportedly losing trust in Brian Flores: ‘There is a really negative vibe down there’

How far did NC State drop after the loss to Miami? Plus other Top 25 moves