New Delhi: An unbeaten 113-run partnership for fifth wicket between Shreyas Iyer (75*) and Ravindra Jadeja (50*) swung the momentum in team India’s favour on Day 1 of the India vs New Zealand 1st Test as bad light forced the umpires to call for early stumps at Kanpur’s Green Park Stadium on Thursday. At Stumps, India reached 258/4. For Black Caps, speedster Kyle Jamieson was the pick of bowlers as he bagged three wickets for 47 runs.

After electing to bat first after winning the toss, team India lost its first wicket for just 21 runs as opener Mayank Agarwal was sent back to the pavilion after scoring 13 runs off 28 balls. At Lunch on Day 1, India had lost just one wicket.

Shubman Gill and Cheteshwar Pujara then steadied India’s innings by bringing up a partnership of 61 runs for the second wicket. Gill was dismissed for 52 runs when India’s score read 82/1. Shortly after Gil’s departure, Pujara, who was batting brilliantly and looked settled, failed to make use of the great start he got and departed after scoring 26 runs off 88 balls.

India now had their three wickets down for 106 runs. Fans and team had high hopes from skipper Ajinkya Rahane as he played some brilliant strokes but got bowled out after scoring 35 runs. The Indian team were in trouble after losing four wickets for 146 runs. Shreyas Iyer then saved the day for his team along with Ravindra Jadeja by scoring a solid 113-run partnership.

More than 7 in 10 Indians have little or zero trust in cryptocurrencies, study finds

‘I Won’t Go Into Detail’: Pat Cummins On Sharing Secrets With Cricket Australia 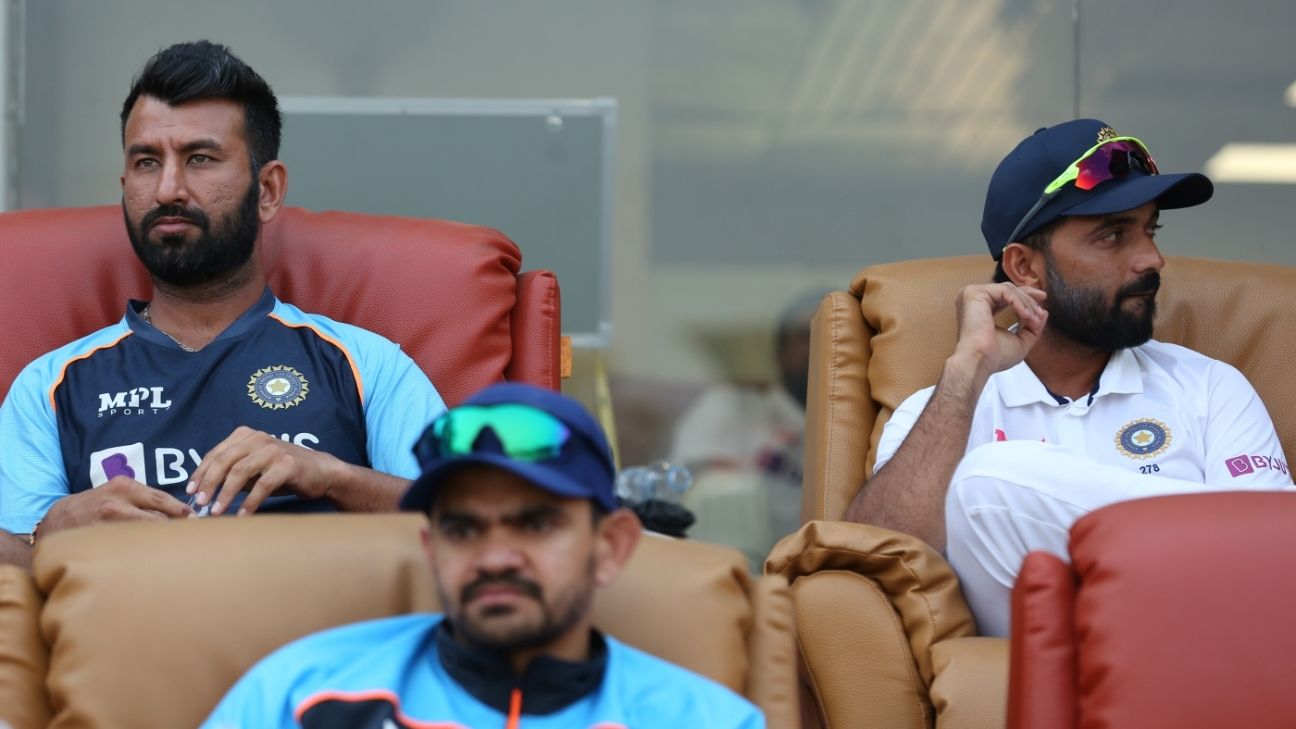 Vikram Rathour: ‘Pujara, Rahane will play important knocks for us in future’ Exclusive: Punam Raut reveals why players are always on their toes in Railways side after their 13th title win This is where Wake Forest, NC State and other ACC teams are on my AP Top 25 ballot
10 mins ago