Any battle between the two teams is a high-tension game, with both sets of players carrying the burden of their respective nation’s hopes on their shoulders. (Twitter/BCCI)

Any battle between the two teams is a high-tension game, with both sets of players carrying the burden of their respective nation’s hopes on their shoulders.

Both teams come into the match with decent practice under their belt, having played two practice matches each. Pakistan beat West Indies by seven wickets in their first match before losing to South Africa off the last ball in the second. Indi, on the other hand, won both their warm-up matches, beating against England and Australia. The Indian players were all a part of the Indian Premier League (IPL), which recently wrapped up in the United Arab Emirates, giving additional advantage to the Men in Blue.

Fakhar Zaman was the top scorer for Pakistan with 98 runs, while KL Rahul topped India’s scoring chart with 90. Pakistan’s Shaheen Afridi grabbed four wickets in his two matches, while Mohammed Shami was the pick of the bowlers for India with three wickets in his only match.

Both sides are brimming with talented short-format players who can single-handedly change games. India and Pakistan are currently ranked in second and third, respectively, in the ICC’s Men’s T20I rankings with very little separating the two.

Pakistan will also rely on captain Babar Azam, who has been in decent form, while Indian skipper Virat Kohli, despite performing well for the Royal Challengers Bangalore in the IPL, has been struggling for runs in a Team India jersey. India have perhaps the most lethal bowling attack in cricket with the likes of Jaspreet Bumrah and Shami, while Pakistan, a historically strong bowling side, will look to match their neighbours with the ball.

India vs Pakistan World Cup History: The two neighbours have faced each other 12 times in the ICC Cricket World Cup and the ICC T20 World Cup combined, with India winning 11, while the one match that went into the bowl-off also resulted in a victory for the Men in Blue. Seven of these victories came in the 50-over format, while the remaining four, including the bowl-off win, were in the 20-over version.

IND vs PAK ICC T20 World Cup 2021 Venue: The biggest match of the tournament so far will take place at the Dubai International Cricket Stadium in the United Arab Emirates, which recently played host to the IPL final between the Chennai Super Kings and the Kolkata Knight Riders.

IND vs PAK ICC T20 World Cup 2021 Pitch Report: The batter-friendly surface at the Dubai International Cricket Stadium is once expected to play a big role as the side batting first will look to put on a big score. Pacers might just get some help towards the match’s latter half, while the spinners could play a part during in the middle overs.

IND vs PAK ICC T20 World Cup 2021 Weather Report: The temperature boiling off the pitch apart, the predicted conditions are perfect for cricket. The temperature is predicted to hover around 31°C with 62% humidity and wind speed of 14 km an hour.

India vs Pakistan Stars: Opener KL Rahul will look to get India off to a flying start on Sunday. With a record of 1,557 runs in 48 T20I matches, Rahul was in excellent form with the Punjab Kings in the IPL and Team India will expect very much the same when he dons the national team jersey.

Partnering Rahul at the top, Rohit Sharma is one of the most explosive batters in limited overs cricket. He has amassed 2,864 runs in 111 T20I matches and will look to add to his tally against Team India’s biggest rivals.

Captain Virat Kohli has been struggling for form recently when donning the Team India jersey, but with a record of 3,159 runs in 89 T20I matches, the Delhi-born star can change any match on his day. He will be eyeing a return to form and contribute once again to the team’s cause.

Pakistan’s wicketkeeper-batsman Mohammad Rizwan is a handy pick, having scored 1,065 runs in 43 T20I matches so far.

Captain Babar Azam has been compared to Kohli and his team will rely on his prowess with the bat to anchor the innings. The Pakistan skipper has scored 2,204 runs in his 61 T20I matches and is the team’s most in-form batter.

Right-handed batter Mohammad Hafeez is also a handy off-break bowler, having notched 2,429 runs and grabbed 60 wickets in 113 T20I matches so far. He will look to contribute one way or the other as Pakistan look to break India’s winning streak in World Cups.

Sebi may get to regulate private cryptocurrencies

India-Russia ties multifaceted, but more ballast is needed on the economic front 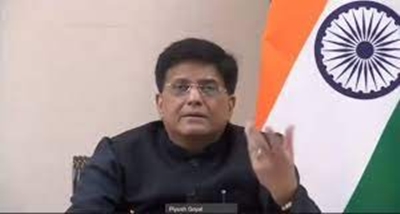 HC stays order on winding up SpiceJet for 3 weeks