THIRUVANANTHAPURAM: The controversial adoption of a newborn without the knowledge of the biological mother in Thiruvananthapuram took a decisive turn after a departmental enquiry found lapses on the part of the Child Welfare Committee (CWC) and Kerala State Council for Child Welfare (KSCCW). The report found that these two organisations went ahead with the adoption even after the mother had made complaints. The new findings point fingers at the CWC chairperson N Sunanda and general secretary of KSCCW Shiju Khan for the roles they played in the controversy.

It also added strength to the allegations raised by the biological mother Anupama S Chandran that there were concerted efforts to sabotage her claim over the child. The report prepared by TV Anupama, director of the Woman and Child Welfare department, was submitted to the minister Veena George and the family court at Thiruvananthapuram on Wednesday. The court is considering the case this afternoon.

The report found that the CWC went ahead with the adoption even when it came to know that there was a claim by the mother. It should have brought back the child who was given away to the foster parents in Andhra Pradesh for a DNA test to check the veracity of the claim made by Anupama. Instead, the CWC filed an affidavit in the family court as part of the procedure to complete the adoption procedure. The report found documents to prove that the affidavit was filed on August 16, five days after Anupama approached KSCCW with her claim. The adoption committee approved the adoption on August 6. The report found evidence that the CWC failed to stop the adoption despite sitting with Anupama on April 22. It also failed to report the claim to the police.

The report also found that the records on the date of meeting of the parents with Shiju Khan have been tampered with. Anupama and her partner B Ajith Kumar alleged that the latter met Shiju Khan after seeing a newspaper advertisement on adoption.

Anupama accused her father, who is also the CPM local committee member PS Jayachandran, of taking away the baby born out of wedlock on October 19, 2020. The father later claimed that he gave the baby for adoption with the consent of Anupama. The issue became complicated as there were two children who were abandoned at the cradle on October 22 last year.  Earlier, Anupama accused the police of not taking any action on her complaint on April 19 this year. A first information report was filed
six months later, when the issue snowballed into a major controversy.

A DNA test has revealed that Anupama S Chandran and her partner Ajith are the biological parents of the child who was brought back from Andhra Pradesh. The DNA test was conducted at the Rajiv Gandhi Centre for Biotechnology (RGCB) and the result was handed over to the Child Welfare Committee (CWC) on Tuesday. The test result has been filed with the family court, which is hearing the adoption case. 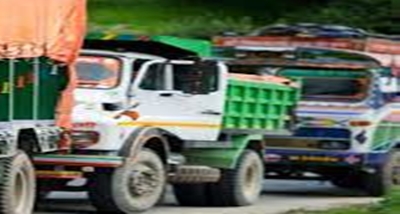 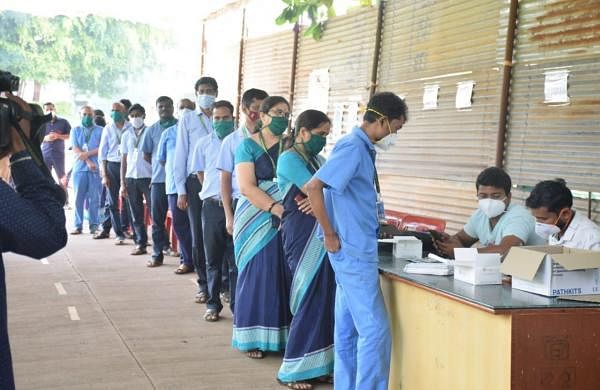 Follow Us
534
Featured Posts
The holiday shopping season is here, but is it back?
5 mins ago

Why Amit Mitra is important to Mamata
9 mins ago