In the first months of the coronavirus pandemic, hospital workers like Amos Walker were treated like heroes.

People and businesses rallied to donate restaurant meals, personal protective equipment and even new shoes to doctors, nurses, therapists and others. They posted yard signs and hung banners of support, while police officers paraded by hospitals, sirens blaring. In a scene repeated throughout the country, fighter jets from Seymour Johnson Air Force Base flew low over more than a half dozen hospitals in Eastern North Carolina one morning to pay tribute.

And countless people sent personal gifts and cards to those on the front-line of the fight against COVID-19.

“You’re hearing things from people that you don’t know and will probably never meet, and it feels good, that here you are going through these things and someone else is thinking about the health care workers that are putting their necks out there,” says Walker, who works in the intensive care unit at WakeMed in Raleigh. “It’s a good feeling to know there’s a community that’s supporting what you’re doing.”

More than a year later, that outward support is largely gone, even as hospitals and their employees are struggling with a second surge of COVID-19 patients. Health care workers who thought the pandemic was fading this spring, with the arrival of vaccines, are again working in wards full of patients fighting for their lives against the respiratory illness.

As the case counts and death toll rise, the unity that characterized the early response to the coronavirus has been replaced by divisions over vaccines, masks and other preventive measures. The frustration and fatigue many hospital workers feel is as bad as it has ever been during the pandemic, which makes the apparent lack of public support more deflating.

“I don’t know that nurses need to be praised every day or anything like that,” says Walker, who has worked in the ICU since 2012. “But it sends me a mixed message that last year I was a hero and now I’m a fool for wearing a mask.”

Dr. David Kirk, a pulmonologist and critical care specialist at WakeMed, says when people who work with COVID-19 patients leave the hospital they see few signs that the public understands what they’re going through.

“Last year, everyone had a single vision that we as a society are all going to rally together and beat COVID. It’s not that way now,” Kirk said. “Nobody’s donating food. Nobody’s sending kind words. It’s not that our teams necessarily need that praise all the time. But I just think it’s incredibly hard for our staff to continue to battle day after day after day and to feel that society and our community around us doesn’t understand what’s going on.”

‘We had a common enemy’

The public rallied around hospitals and health care workers in North Carolina when they were still bracing for the worst of COVID-19. On the day of the fighter jet flyover, on May 1, 2020, there had been 10,923 confirmed cases of COVID-19 in the state and 399 deaths from the disease. There have now been 1.2 million cases and more than 15,000 deaths, and the number of people hospitalized is approaching last winter’s high of just under 4,000.

But early on, people were moved by images of hospitals overrun with COVID-19 patients in places such as New York City and Italy. And with businesses and schools closed to prevent spread of the virus, almost no one was unaffected. People wanted to help.

“I think we sort of felt like we had a common enemy,” says Julia Wacker, who heads the charitable foundation of the N.C. Healthcare Association, a state’s hospital trade group.

In the early days of the pandemic, Wacker says she received hundreds of calls and emails from people and businesses who wanted to support hospital workers somehow. The foundation channeled that desire into a program called Feed the Soul, which used more than $180,000 in small donations to buy nearly 18,000 meals from restaurants shuttered by the pandemic and deliver them to doctors, nurses and others at work.

This summer, with COVID-19 swiftly rebounding, Wacker says she hasn’t received a single call or email from anyone wanting to show support for health care workers.

“We’re so polarized, and unfortunately the pandemic has become so political,” she said. “There’s much stronger feelings now about the causes of the continuation of the pandemic that unfortunately I don’t feel that same sense of community that we had 18 months ago.”

Walker, the ICU nurse, was living in Arlington, Virginia, 20 years ago on 9/11, when terrorists attacked the World Trade Center and the Pentagon. He says last year reminded him of the unity of that post-9/11 period, which also began to fade as time went by and people became more focused on their own lives again.

He thinks the desire to get back to normal has shifted focus away from hospitals.

“I left work one day, it was a Friday, and drove down Glenwood Avenue, and there were throngs of people out, no masks, and they were having a block party,” he said. “And on the one hand I’m thinking, ‘I want to go party, I want to go hang out here.’ At the same time, I just left a unit where five people are going to die in the next 24 to 48 hours. So there is some disconnect there.”

Some of that disconnect has to do with the fact that everyone is feeling anxious and has challenges of their own, says Kathleen Dale, who works with COVID-19 patients as an ICU nurse at UNC Rex hospital. Dale says she doesn’t think that means people are less supportive of health care workers.

“Everybody that I talk to, I can tell that they still appreciate us and appreciate the work that we do, and they care,” she said. “But they are tapped out, too, and stressed.”

Dale is part of a group of Catholic mothers who raised about $600 last winter to buy meals for hospital workers. That money got set aside when one of the moms got sick. Dale was able to use it last week to buy healthy snacks and drinks at COSTCO for two of the ICU units at Rex, at a time when their work is as grueling as its ever been.

“We are women of faith, so I was like you know, it was God’s timing,” she said. “It ended up being exactly what we needed when we needed it.”

Dale says those tangible gifts of food and drinks are important to help nurses and others keep going on long shifts. But there’s also symbolic value, says Meka Douthit EL, a director of nursing of Cone Health in Greensboro. EL, the incoming president of the N.C. Nurses Association, said nurses try among themselves to keep their spirits up.

“But when it comes from an outside source, a note that you get or a recognition, it just means so much more,” she said. “Because you’re like, ‘Hey, I’m seen. They see me. They see what I’m putting into this every day.’”

EL said the most important gestures of support for health care workers would be for the public to take the steps necessary to prevent the spread of COVID-19, such as wearing masks and washing hands regularly.

Topping that list, said Wacker at the hospital foundation, is getting vaccinated against COVID-19. With more than 2 million adults in North Carolina still not vaccinated, many hospital workers are angry having to deal with a health crisis that is largely preventable, she said.

“I’ve talked to some who say they don’t want meals, they don’t want those small tokens of support, that that’s actually sort of insensitive at this point and tone deaf,” Wacker said. “They want people to get vaccinated. That’s it. That’s all they want.”


Richard Stradling covers transportation for The News & Observer. Planes, trains and automobiles, plus ferries, bicycles, scooters and just plain walking. Also, hospitals during the coronavirus outbreak. He’s been a reporter or editor for 33 years, including the last 21 at The N&O. 919-829-4739, [email protected] 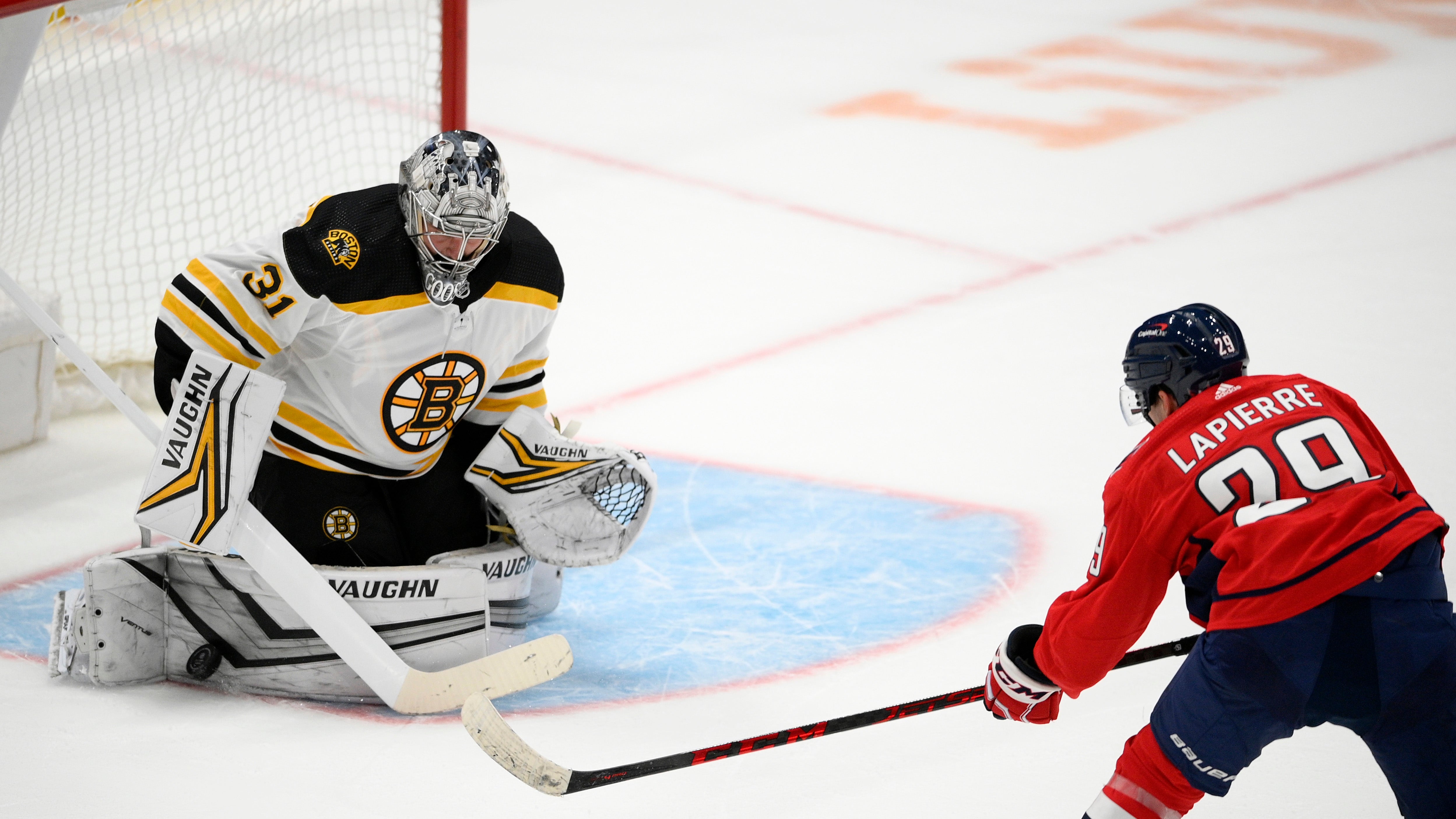