On June 7, as Sudeva Delhi FC were about to break for lunch, all the players and staff gathered for a video call. The owners of the club, Anuj Gupta and Vijay Hakari were speaking, and it was broadcast on the big screen. They announced that 17-year-old Shubho Paul, one of their brightest young talents, had been picked by Bayern Munich to be part of a training camp and play a friendly against Bayern’s U19 side in Germany. The room broke out in celebration.

“When I heard that Bayern Munich had picked me, I was so happy,” Shubho tells ESPN. “Knowing that I will represent India at Bayern made me feel good”

That’s one foot forward towards his biggest goal — “I want to play in the UEFA Champions League,” he says.

Yes, the Bayern. Led by club legend and World Cup winner Klaus Augenthaler and their coach of international programmes, Christopher Loch, Bayern launched a talent hunt to pick 15 players from around the world, to form a ‘World Squad’. Players had to send short videos over a period of time and the only requirement was that they be born in 2003 or 2004.

The World Squad will go to Munich to play against the Bayern youth team. Before that, they will travel to Mexico as part of the project and will play against top Mexican U19 teams.

Ahead of the match with Bayern, they will also be exposed to games with other Bundesliga youth teams. They leave on June 28 and will be there till July 10. Players could stay longer if they impress.

Why is this a big deal?

While it’s a special opportunity to train with one of the biggest clubs in Europe, there’s also a chance that standout players from the World Squad could be offered a professional contract with Bayern Munich. It is possible that nothing may come of it for Shubho, but if he excels, the possibilities are exciting.

This project is also going to be made into a six-part documentary, so it could open up doors to coaches and scouts from around the world.

Why did Sudeva hand pick Shubho?

In a word — goals. Since becoming an AIFF-registered player, Shubho has scored 87 goals in 41 games across all age categories. He impressed with the India U-16s recently, scoring three in three in qualifying as India made it to the 2020 AFC U-16 Championship (now postponed) in Bahrain. His appetite for scoring has caught the eye of many in the youth setup.

“Definitely it is very big news, but it’s not a surprise to us,” Hakari says. “We always saw Shubho as one of the shining stars”

“In one match, he said to put him in and he will score four. He scored four goals in 15 minutes and that too against a very good team,” co-owner Gupta chips in.

He is now part of the Sudeva senior team that plays in the I-League, having scored twice in eight games in the 2021 season.

What makes him special?

Shubho seems intensely driven, much like his idol Cristiano Ronaldo. Toward the end of the I-league season, Sudeva head coach Chencho Dorji gave the 17-year-old the captain’s armband, a testament to his character.

What position does he play?

Shubho is an out and out striker. When playing for the India U16s, coach Bibiano Fernandes groomed him to play on both wings. “I enjoyed playing under Bibiano,” he recollects fondly. “Because of my stronger right foot, he first suggested that I play on the left wing, but my favourite position is to play as a striker.”

What is his story?

Shubho comes from a humble home in Howrah, West Bengal. He started playing football at six. It was his brother — 10 years older than him — that got him into the game. Growing up, Shubho played barefoot as he couldn’t afford to buy shoes. His brother also had dreams to go pro but he saw the talent in Shubho and let his younger brother actively pursue professional football.

“He had to support the family, and me, so he took a job. We couldn’t have the two of us playing,” Shubho says.

He used to watch a lot of senior teams in Howrah play. One day, Shuhho was allowed to play against one such team, barefoot, with East Bengal and Mohun Bagan legend Chima Okorie watching. Shubho scored. Okorie, who scored more than 100 goals each for the two Kolkata giants, was impressed. He even bought Shubho a pair of shoes. The youngster went on to train under Okorie for a while before being snapped up by Sudeva in 2017 to play in the U-13 I-League.

Shubho still remembers the best advice Okorie gave him: “When you get the ball in the box, shoot. Have one look at the goalkeeper and aim towards the corners.”

Seeing his potential, Swati Chaudhuri, who runs an NGO in Kolkata, helped Shubho financially in his early days, even hiring a lawyer to oversee his professional contracts.

Before Sudeva though, he was among the first to be picked in a pool of around 400 kids at a Bengaluru FC trial. At the time, the BFC academy wasn’t a residential one, so he had to stay in a hotel. Shubho returned to Kolkata and was later picked by East Bengal and Sudeva, after which he eventually chose to go to Delhi.

What does this mean for Indian football?

The two key takeaways are its current impact and prospects for the future. If Shubho does well, there will be more players in the Indian youth system that will be confident of making it in Europe.

“Even if they don’t pick him, they will give us advice on how to work with Shubho. That is a valuable advice,” Gupta says. That cultural exchange is bound to be a learning experience that could have a domino effect. “Bayern Munich are looking at India as a country,” Gupta says. This is certainly not the first time Europe have picked an Indian player for trials, but yet another case adds to the growing network of knowledge sharing.

The overall impact is well assessed by Hakari, who says, “It is celebratory, but there is a long way to go.”

French Open 2021 Semi-Finals Nadal vs Djokovic Live Streaming: When and where to watch 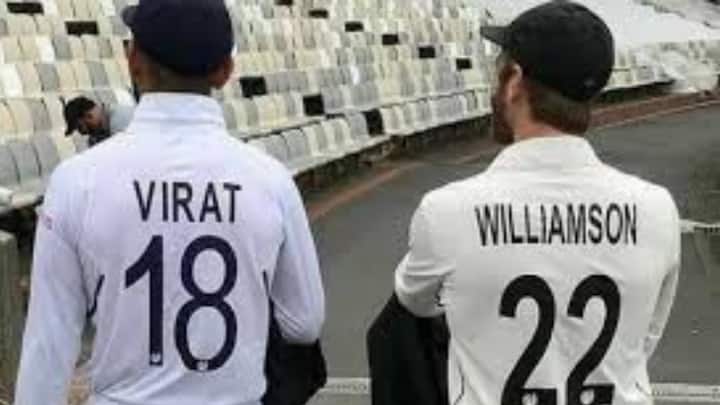 I did not take any stimulant but was on painkillers: Malik