With a budget pegged at roughly $US200 million, Netfix is certainly at least paying for a lot of starpower.

Netflix announced so many things during its fan event on Sunday, we wouldn’t blame you if you missed 80 per cent of them.

Nor would we blame you if you didn’t leg it out of bed at 2am to watch Tudum, the three-hour virtual event that’s supposed to mimic the likes of Disney’s D23 or DC’s Fandome.

From announcing a sequel to the Adam Sandler and Jennifer Aniston comedy Murder Mystery and a behind-the-scenes look at Idris Elba’s new film The Harder They Fall to the first look at Ozark’s final season and the confirmation of a fourth season of Sex Education, there was a lot.

If you want to watch the whole thing, it’s now on YouTube, but we think these are the announcements, first-looks and teaser videos you’re most interested in.

In what is supposed to be Netflix’s most expensive movie production to date – Variety pegged it at “around $US200 million – Red Notice is certainly at least paying for a lot of starpower.

The long-gestating adaptation of Neil Gaiman’s revered graphic novel The Sandman has finally revealed what to expect with a first-look video.

The story follows Morpheus, the ruler of Dreaming, who is unwittingly captured and imprisoned by an occultist. After a century, he escapes, but must reunite his three totems to recreate the Dreaming world.

Cowboy Bebop is another forthcoming anticipated series based on a beloved source material, in this case Japanese anime.

The live action series stars John Cho who leads a group of cosmic bounty hunters and the opening titles – which is all Netflix is revealing for the moment – evokes that original animation style along with a wildly fun tone that crosses into action-adventure and westerns.

As if the terrifying shopping centre wasn’t enough, Stranger Things now also has a haunted house?

The series released a video that starts in the 1950s with a “normal” family moving into a house that loves to flicker its lights among other foreboding things. Then some nasty stuff happens and it fast forwards to Dustin and his mates breaking into the now abandoned abode in the 1980s.

Inscrutably bingeable despite being rather awful, the return of Emily in Paris was inevitable, and now it’s pretty close with season two slated to drop on December 22.

There’s now a teaser video, which shows the objectionable Emily holidaying in St Tropez, still obsessed with her phone and the validation of randoms online. Happily, at least her far more interesting friend Mindy is also on the scene.

Imelda Staunton, taking over the role of Queen Elizabeth II from Claire Foy and Olivia Colman, was on hand to reveal the fifth season of the show, which will cover Charles and Diana’s acrimonious divorce, will premiere in November, 2022.

Karate kicks and uneasy alliances abound in the fourth season of Cobra Kai, especially now that Johnny Lawrence and Danny LaRusso have teamed up against Kreese, Johnny’s former and very likely sociopathic teacher.

The series revealed the premiere date for the fourth season will be December 31.

Matthias Schwieghofer’s safe cracker Dieter was truly a scene-stealer in Zack Snyder’s zombie flick Army of the Dead – so it only makes sense he’s getting his own prequel (which was actually already in production before the movie came out).

This is the first trailer for what looks to be a zany caper of international bank heists. And no zombies. Releasing on October 29.

Maybe you came for swooning romance but the first look at Bridgerton’s second season is a dramatic – and highly accomplished – put-down.

Anthony Bridgerton’s checklist of wife requirements don’t go down well with newcomer Kate Sharma, who tells him exactly what she thinks. And we think she’s right. Coming in 2022.

Why is it disaster movies always get the best casts? Don’t Look Up, directed by Adam McKay, stars Leonardo DiCaprio, Meryl Streep, Jennifer Lawrence, Jonah Hill and Rob Morgan – and they’re all in this one scene.

The scene features two astronomists trying to convince the American leaders that an enormous collision is 99.78 per cent going to happen, which is definitely not a “sit tight and assess” scenario. Releasing on Netflix on December 24. 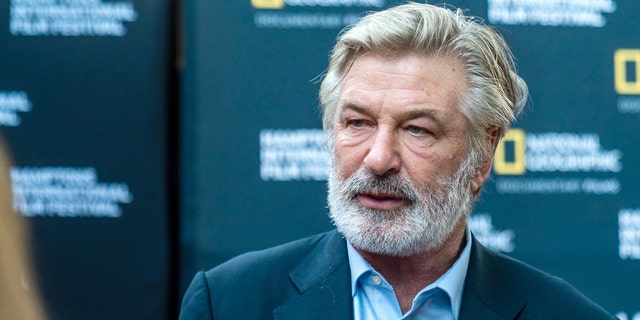