An airline passenger was arrested after she refused to wear a mask and shouted “Let’s Go Brandon” in the Las Vegas airport, police said.

The Las Vegas woman refused to wear a mask on Nov. 21 in McCarran International Airport and on her flight, according to an arrest report from the Las Vegas Metropolitan Police Department.

Police said she created a disturbance on her Allegiant Air flight. It was the second disturbance the woman was involved in that day, according to the arrest report.

The woman, who is not being identified, faces a charge of public conduct at a public airport, a misdemeanor, the arrest report says.

In an effort to slow the spread of COVID-19, all passengers older than 2 years are required to wear face masks in airports and on planes through at least Jan. 18, 2022, according to the Transportation Security Administration.

But even with the federal mandate, airlines have increasingly been dealing with passengers refusing to wear masks on flights, according to the Federal Aviation Administration. Since January there have been 5,338 unruly passenger reports, including 3,856 involving masks., the FAA says,

In the incident in Las Vegas, the woman was confronted by another passenger for refusing to wear a mask at the security checkpoint, police said. It looked like the woman was swinging her arm to attempt to punch the passenger.

However, the other passenger didn’t press charges and the woman was able to continue to her flight, according to the arrest report. She refused to show her identification to officers who were investigating the possible assault.

After the woman boarded her flight, she continued to refuse to wear a face mask, officials said. She was removed from the flight and standing on the jet bridge when officers responded to the incident.

The woman was told to leave the airport because she no longer had a ticket. She became argumentative and yelled through the airport, which police said violates airport rules.

Officers pushed the woman in a wheelchair and warned her that she could be arrested for yelling through the airport. The woman continued to shout profanities and “Let’s go Brandon.”

She was arrested after violating airport rules, according to the report.

The reporter suggested to Brown that the crowd was chanting “Let’s Go Brandon.”

The phrase has since become a far-right rallying cry against the president. Rapper Loza Alexander also turned it into a song that topped the iTunes charts in October.

Coimbatore's Singanallur lake is a cosy nesting ground for butterflies 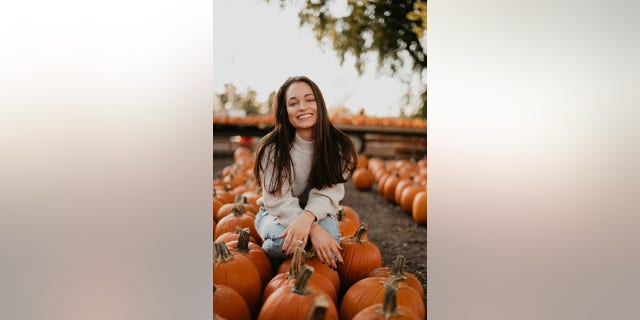 Who is Kody Kinsley, Gov. Cooper’s next pick to lead the NC health department?

NC is under a burn ban. Does that include your backyard fire pit?

Follow Us
534
Featured Posts
Why invest in the US stock market from India?
5 mins ago