Real Madrid booked a berth in the Champions League knockout stages with a match to spare after strolling to a 3-0 win at Moldovan rivals Sheriff Tiraspol in their lop-sided Group D clash on Wednesday.

Real top the group on 12 points from five games, two more than second-placed Inter Milan with the result also sending the Italian champions through after they beat Shakhtar Donetsk 2-0.

Third-placed Sheriff, who stunned Real 2-1 in the reverse fixture in September, are third on six points and assured of carrying on in the Europa League after the winter break. Fourth-placed Shakhtar have one point.

Real, who have won a record 13 titles in Europe’s premier club competition, are at home to Inter in their final group match while Sheriff visit Shakhtar on Dec.7.

Real boss Carlo Ancellotti was pleased with the performance and said it was significant to finish top of the group.

“It is important and we have to do well against Inter in our final group game at the Bernabeu,” he said. “You couldn’t ask for more tonight, we had a good game as we were serious from the start.

“We kept possession well and were dynamic going forward. You always have to improve but the team is effective. We have several options; the counter, the positional game and I like the way we are playing.”

Defender Dani Carvajal added: “We have qualified now and that means objective achieved. We went through a spell where we weren’t keeping clean sheets but now we are managing it and our aim is to keep that going.”

France striker Karim Benzema, who was handed a suspended one-year prison sentence earlier on Thursday, had a goal chalked off in the 10th minute for offside as Real laid siege to the home side.

David Alaba fired the visitors ahead with a deflected free kick in the 30th minute, with his shot from 22 metres leaving Sheriff goalkeeper Georgios Athanasiadis stranded after it clipped Cristiano’s outstretched foot.

Midfielder Toni Kroos doubled Real’s lead on the stroke of halftime with a fine effort which cannoned in off the underside of the crossbar after a flowing move left the German midfielder with time and space to pick his spot.

Benzema made it 3-0 with a sublime strike from the edge of the penalty area into the bottom corner after he was teed up by left back Ferland Mendy in the 55th minute, as Real kept their foot on the pedal.

The home side came close to pulling one back shortly after the hour as Real goalkeeper Thibaut Courtois parried Adama Traore’s low drive and Sebastien Thill hit the post with a glancing header in the follow-up.

Athanasiadis twice thwarted substitute Marco Asensio in the dying minutes with a pair of brilliant saves as Real breezed comfortably into the last 16 for the 25th successive year.

Gabriel Jesus scored a 76th-minute winner as Manchester City beat Paris St Germain 2-1 at the Etihad Stadium on Wednesday to take their place in the Champions League knockout stages as Group A winners.

PSG also advanced to the last 16 thanks to Leipzig’s win over Club Brugge but the loss highlighted their continued problems in finding an effective way to harness their star-studded attack.

For the opening 45 minutes, City dominated playing with their usual invention and verve while PSG’s front three of Lionel Messi, Neymar and Kylian Mbappe too often watched on from afar.

It remains a major question as to whether PSG coach Mauricio Pochettino can build a team capable of winning the Champions League when his side is so lop-sided and with his three big-name forwards reluctant to work back and assist off the ball.

City have no such problems with Pep Guardiola’s well-drilled machine combining the technique and class with a high work ethic.

Iklay Gundogan hit the post in the 32nd minute and Riyad Mahrez twice went close while the most Paris managed before the interval was a breakaway which ended with Mbappe curling a shot over the bar.

Four minutes after the break, however, PSG grabbed the lead, Mbappe drilling the ball home at the back post after Messi’s cross had deflected off Kyle Walker into the French forward’s path.

City drew level when Raheem Sterling poked home after a lovely ball from Rodri had set up Walker for a trademark low cross.

Neymar had a great chance to restore his side’s lead when he weaved through the penalty area but he looked disorientated as he put his shot well wide of Ederson’s right post.

City always looked the more likely to win the game, with Mahrez and Bernardo Silva asking questions and Gundogan taking charge in midfield in the absence of Kevin De Bruyne due to COVID-19.

It was Mahrez who created the winner, floating a ball to Silva at the far post and the Portuguese midfielder showed a deft touch to cushion the ball to Jesus who picked his spot.

City lead Group A on 12 points with PSG on eight and Leipzig and Brugge, both on four points, left to compete for third place and a spot in the Europa League.

Guardiola praised the way his team reacted to going a goal behind.

“It is a good lesson. When you are losing you have to continue. We knew a draw was a good result for us, but we won,” said the former Barcelona coach.

“Always I believe with their forwards, the further they are from our goal the safer we are. Look at the action of Neymar when he missed the shot. They found that from nothing. We have to defend as a team. I thought we were brilliant today,” he said.

Pochettino was pleased his side had made the last 16.

“The important thing is to qualify. We beat City in Parc des Princes, we lost here. The difference is the draw against Leipzig and (that is) why we finish second,” he said.

“After 0-0 in the first half, we score and I think we were calm as we were controlling it really well. You have to give credit to Manchester City, they are a very good team.”

Second-half goals by Thiago Alcantara and Mohamed Salah earned a below-strength Liverpool a 2-0 win over Porto to maintain their 100% record in Champions League Group B on Wednesday.

Porto, who started the day second in the group behind already-qualified Liverpool, wasted numerous first-half opportunities and were made to pay a heavy price.

Their record against Liverpool now stands at played 10, drawn three and lost seven.

Liverpool, with the likes of Virgil van Dijk and Jordan Henderson rested, went ahead through Thiago’s stunning low strike in the 52nd minute before Salah made the points safe with a clinical finish in the 70th.

Juergen Klopp’s side have a maximum 15 points from their five matches and matched a remarkable record as they became the first English club to score two goals in 16 successive games in all competitions since Wolverhampton Wanderers in 1939.

Porto retain hopes of joining Liverpool in the last 16, however, as they hung on to second place with five points thanks to Atletico Madrid’s 1-0 home defeat by AC Milan.

Porto host Atletico (four) in their final match in the group with Milan (four) hosting Liverpool.

With top spot already assured it was a night for some of Liverpool’s fringe players to impress, as 19-year-old Tyler Morton made his Champions League debut and Takumi Minamino earned a rare start.

Yet they struggled in the first half in which Porto were the better and more eager side.

The Portuguese champions were close to taking the lead when Mehdi Taremi’s glancing header deflected off Joel Matip and went narrowly wide of Alisson’s post.

Evanilson then had a shot blocked by Ibrahima Konate but Porto’s best chance arrived when Colombian Luis Diaz raced away and squared for Otavio who sliced horribly wide under pressure from Kostas Tsimikas.

Liverpool occasionally changed gear and thought they had gone ahead when Thiago’s pass split the Porto defence and Sadio Mane ran through to score. However, his celebrations on his 50th European game for Liverpool were cut short by a VAR check which showed he had been fractionally offside.

Porto coach Sergio Conceicao was then furious before halftime as Taremi bizarrely opted to try to pick out a team mate when he had the chance to test Alisson.

The chances kept arriving for Porto at the start of the second half with Mateus Uribe’s shot on the turn flashing past the post and they were soon to regret their profligacy.

In the 52nd minute Alex Oxlade-Chamberlain’s free kick was headed out and the elegant Thiago met a bouncing ball on the edge of the area with the sweetest of low strikes with the outside of his right foot to send a skimming shot arrowing past keeper Diogo Costa and inside the post.

“The goal was the beauty I like to bring in football,” Thiago said of his first Champions League goal for Liverpool.

Salah then combined with substitute Henderson before cutting in from the right and beating Costa with a left-foot shot for his sixth goal so far in the group stage.

A stunning header from substitute Junior Messias in the dying minutes handed AC Milan a 1-0 win over Atletico Madrid and kept alive their hopes of qualifying for the last-16 in the Champions League on Wednesday.

Milan arrived in Madrid rooted to the bottom of Group B with only one point and anything but a win against Atletico would have eliminated them from this season’s competition.

Wednesday’s result means the race to see who will join group winners Liverpool in the next round will go down to the wire. Porto, who are on five points, as well as Milan and Atletico, who are tied on four points, will have to wait until the final round of fixtures to decide who will finish second, and progress to the last 16.

Milan will host Liverpool while Atletico will travel to Porto on Dec. 7 for the final Group B fixtures.

On a freezing night in Madrid, a packed crowd at the Metropolitano Stadium failed to spur on Atletico, who struggled to make any kind of impact against a Milan side who showed urgency and aggression.

Brazilian Messias, who has completed a remarkable journey from working as a delivery driver and playing amateur football before slowly climbing the ladder , broke the deadlock in the 87th minute with a spectacular header after latching on to a perfect cross from Franck Kessie.

“The Champions League is very difficult and Milan were superior in every aspect. We have to work, to get better…”

Milan controlled the game from the beginning, despite manager Stefano Pioli springing a surprise by starting Zlatan Ibrahimovic on the bench after he scored two goals against Fiorentina on Saturday.

The Swedish striker came on in the second half and almost scored a second goal in stoppage time, appealing unsuccessfully for a penalty after being caught by keeper Jan Oblak when he was about to shoot.

Atletico will finish the group stage having won none of their three home games, after losing to Milan and Liverpool and drawing with Porto.

“You only go through when you deserve to.” 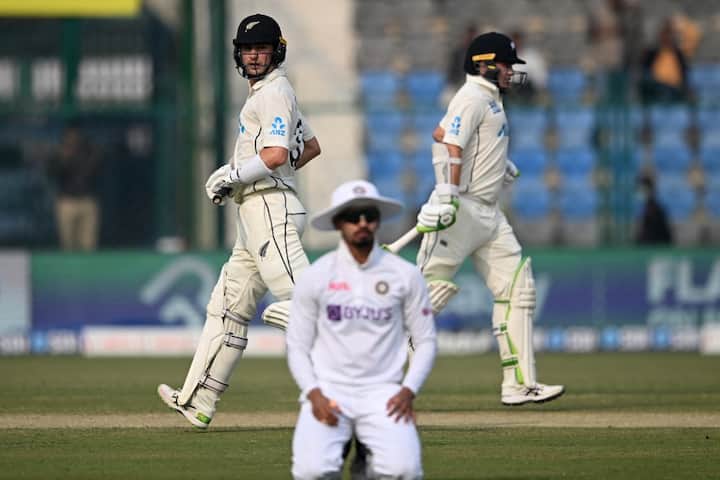 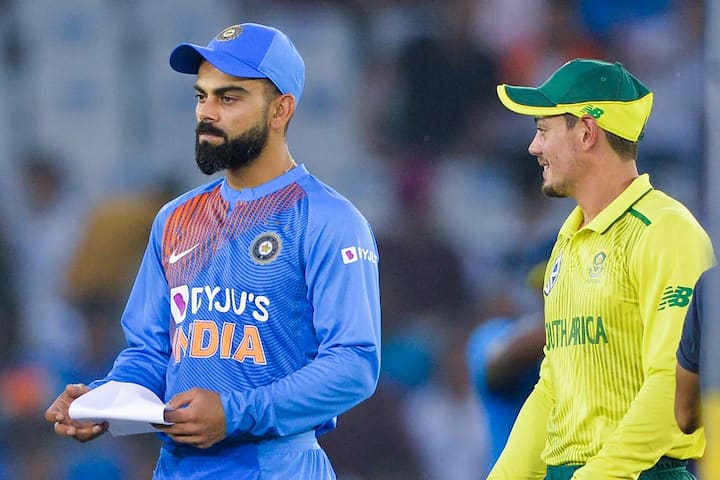 How Wendell Moore’s words, as much as his actions, keyed Duke’s win over Gonzaga
20 mins ago