After the resignation of Congress state president Navjot Singh Sidhu in Punjab, the politics of the state is changing rapidly. According to sources cited by Zee News, after Sidhu, his close aide Razia Sultana has also resigned from the cabinet. It is believed that many more leaders of Punjab can also resign in support of Sidhu.

According to sources, the political stir in Punjab is continuously intensifying. Along with Razia Sultana, who became cabinet minister, Yogendra Dhingra has also resigned from the post of state Congress general secretary. Apart from him, Congress state treasurer Gulzar Inder Chahal, who is considered a supporter of Sidhu, has also resigned. It is being said that soon many more leaders may resign from their posts.

The discussion about the resignation of cabinet minister Pargat Singh, another supporter of Sidhu, also escalated rapidly. However, he clarified that he has not resigned and is trying to convince Sidhu. In the midst of all this, the new Chief Minister of the state, Charanjit Singh Channi, is trying to handle the situation. He is trying to persuade all the leaders by talking to them. However, the political situation in the state seems to be getting out of the hands of Congress.

Meanwhile, Razia Sultana, who resigned from the post of minister, said that “Sidhu sahib is a man of principles. He is fighting for Punjab and Punjabiyat.” Razia Sultana took oath as cabinet minister on Sunday. Razia Sultana’s husband and IPS officer Muhammad Mustafa has expressed pride over her resignation.

Notably, Sidhu resigned within a few weeks of taking over the post of Punjab Congress President. Sidhu’s resignation comes at a time when portfolios were distributed to the new ministers of Punjab. It was only after the dispute with Sidhu that Captain Amarinder Singh left the post of Chief Minister, after which Charanjit Singh Channi was given the command of Punjab. 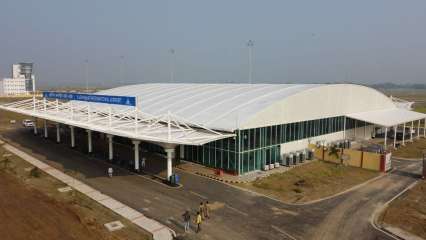 PM Modi to inaugurate Kushinagar International Airport in UP on Wednesday