City of Raleigh employees seeking promotions will need to be vaccinated against COVID-19, according to a recent city memo.

The city’s 4,000 employees must be vaccinated by Friday or start weekly testing. If testing is refused, the employee will face “progressive discipline,” according to an email to employees sent in mid-August.

Now the city plans to limit promotions to those vaccinated, according to a memo sent last week to the Raleigh Police Department.

“The decision requiring promoted employees to be vaccinated was recently made by city leadership and applies to the entire organization,” said Sherry Hunter, the police department’s administrative services division commander.

The memo goes on to say police officers can still be promoted if not vaccinated until Dec. 31.

“Effective January 1, police employees must be fully vaccinated to be promoted,” the memo said. “Please note that an exception has been made for police and public safety since the promotional vaccination requirement for the rest of the city is effective as of September 17, 2021.”

The Raleigh Professional Fire Fighters Association is “deeply concerned of the new requirement by the city of Raleigh to be vaccinated in order to promote.”

“An employee’s career should not be stifled by a personal medical choice,” according to a post on the association’s Facebook page.

Wake County is also requiring its employees to be vaccinated by Wednesday or begin weekly testing next week. 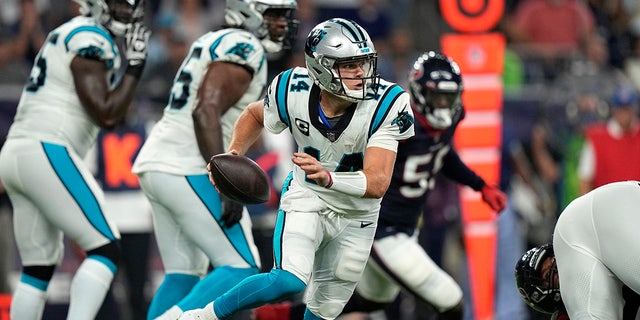 Panthers 24, Texans 9: Insta-reaction as Carolina loses McCaffrey but moves to 3-0