The Reserve Bank of India (RBI) on Friday expectedly kept interest rates unchanged at a record low as it chose to support economic revival over inflation.

The six-member Monetary Policy Committee voted unanimously to retain the main repurchase rate at 4 per cent but was split on continuing with the lower-for-longer stance.

RBI had last revised its policy rate on May 22, 2020, in an off-policy cycle to perk up demand by cutting the interest rate to a historic low.

This was the seventh straight meeting when it maintained the status quo.

“The MPC also decided on a 5 to 1 majority to continue with the accommodative stance as long as necessary to revive and sustain growth on a durable basis,” RBI Governor Shaktikanta Das.

This was a departure from the past when they were unanimous on the need to support growth.

Inflation has breached RBI’s upper tolerance limit of 6 per cent in the past two months – a trend that Das termed as transitory and that the economy needed continued support from all sides – fiscal and monetary – to nurture the nascent recovery.

RBI maintained the GDP growth forecast for the current fiscal year ending March 2022 at 9.5 per cent. It saw economy expanding by 21.4 per cent in April-June quarter this year and by 17.2 per cent a year later.

Stating that the recovery remains uneven across sectors and needs to be supported by all policymakers, he said RBI remains in “whatever it takes” mode, with a readiness to deploy all its policy levers – monetary, prudential or regulatory.

Inflation was seen at 5.9 per cent in July-September quarter, fall a bit in the next before rising again to 5.8 per cent in January-March. CPI inflation in April-June 2022 is projected at 5.1 per cent.

“The supply-side drivers could be transitory while demand-pull pressures remain inert, given the slack in the economy,” the Governor said.

“A pre-emptive monetary policy response at this stage may kill the nascent and hesitant recovery that is trying to secure a foothold in extremely difficult conditions.”

He said the available data point to exogenous and largely temporary supply shocks driving the inflation process, “validating the MPC” decision to look through it.”

RBI had slashed the repo rate by a total of 115 basis points (bps) since March 2020 to soften the blow from the pandemic and tough containment measures. This was on top of 135 bps cuts since the beginning of 2019.

Other measures announced include extending an on-tap Targeted Longer-Term Refinancing Operations programme by three months which will allow more time to banks to lend to stressed businesses.

Also, guidelines on export credit in foreign currencies were amended and the deadline to hit targeted milestones under debt recast plants was extended by six months to help businesses impacted by the pandemic.

The need of the hour is not to drop our guard and to remain vigilant against any possibility of a third wave especially in the background of rising infections in certain parts of the country,” Das said.

Guess Who This Star Is!

Facebook Rebuked by US FTC After It Disabled Accounts of Researchers 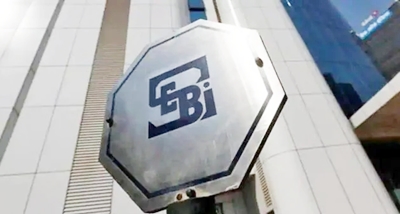 Tax-Saving Infrastructure Bonds: Know how much tax to be paid on maturity and how to avoid TDS