Officials in Anchorage are asking the public to be wary of a particularly aggressive group of river otters frequenting the city’s lakes and rivers.

The Alaska Department of Fish and Game said in a news release that, though river otter attacks have historically been rare, some have been reported over the last several years, with several incidents occurring in the last few weeks.

The first reported attack took place on Sept. 1, when a group of four otters chased and bit a child, the department said in the release.

That child, a 9-year-old boy, was taken to the emergency room for a rabies shot and booster after the incident, the Anchorage Daily News reported.

“He has two fang marks on his back thigh, and one on the front thigh on each leg,” the boy’s mother, Tiffany Fernandez, told the Anchorage Daily News.

Fernandez said the attack happened when her two children and two of their friends went on a bike ride together in their East Anchorage neighborhood. The children stopped by a pond to watch the river otters, according to the Anchorage Daily News.

“Around 7 p.m., my oldest son called me, and I thought he was joking when he said ‘Mom, Ayden got bit by an otter,’” Fernandez said, according to the Anchorage Daily News. “And I said, ‘what do you mean, an otter?’”

It’s difficult to determine why exactly the otters are behaving this way, according to Dave Battle, a wildlife biologist with the Department of Fish and Game told the the Anchorage Daily News.

Officials also received a report of an otter attacking a dog from a different side of the lake.

The same day, a woman was bitten while rescuing her dog from another pack of otters, the news release said.

Packs of river otters are usually made up of a mother otter with her young or a group of bachelor male otters, though the composition of the packs responsible for the recent attacks is unknown.

Officials are now attempting to locate this particular pack of otters and remove them due to “the risk to public safety,” the release said.

It’s also unknown whether the same group of otters has been behind all of the attacks, though wildlife officials said it is possible.

“It’s such unusual behavior,” Battle told The Anchorage Daily News. “It would be unlikely that multiple groups in the same city would suddenly start exhibiting the same type of behavior.”

Officials said in the release that, “due to their aggressive behavior toward people and pets, it is likely they would continue those actions in any new environment, making relocation problematic as it would simply move the dangerous behavior to another location.”

Any otters “lethally removed” due to the unusually aggressive behavior will be tested for rabies, the release said.

Though it’s possible for otters to carry the disease, there have been no reported cases of rabies in river otters in Southcentral Alaska for the last several years.

The Department of Fish and Game has asked people to report all sightings of river otters in Anchorage by filing a report on their website.

Opinion | Europe might finally have had enough of Trumpism 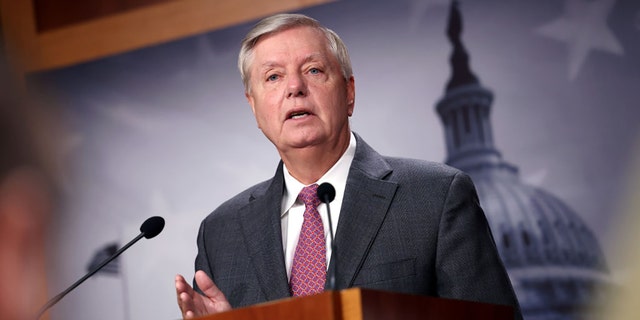