A 68-year-old widow from Virginia believed she was in a relationship with a balding jeweler from Norway who moved to the U.S. for a fresh start after his wife’s death.

It was all a ruse, federal authorities say.

Richard Yaw Dorpe, a 38-year-old man from Ghana with a wife and daughter, was sentenced to three years and four months in prison after prosecutors said he tricked a grieving widow into sending him hundreds of thousands of dollars, clothing, a computer and a watch while pretending to be in love with her.

Dorpe is accused of posing as a 57-year-old man named Jerry Linus on a dating website for people over 50 called OurTime, where he met the widow identified in court filings as E.F.

“This was not a onetime event for Dorpe,” the government said in sentencing documents. “It was a lifestyle.”

Prosecutors said E.H. has been too embarrassed to tell her adult children about what happened and fears being institutionalized if they find out.

Dorpe was indicted in 2019 and extradited to the U.S. earlier this year. A defense attorney appointed to represent him did not immediately respond to McClatchy News’ request for comment on Tuesday.

Dorpe’s lawyer had asked for a sentence of two and a half years, saying he had no criminal record in Ghana.

“There is no doubt that what Mr. Dorpe did was wrong,” his attorney said in court documents. “He regrets his involvement, and most importantly, he regrets causing such hurt and pain to E.F.”

According to the indictment, Dorpe met E.F. online in October 2016.

E.F. had lost her husband to pancreatic cancer the year before, prosecutor said, and she had a stroke that caused memory lapses.

The government said Dorpe portrayed himself as “balding, Caucasian male” who moved to Virginia Beach after his wife died and worked for his family’s jewelry business.

“Their online connection quickly became romantic,” prosecutors said. “They would text using the phone. Dorpe sent E.F. flowers and regaled her with his international trips where he was ‘scouting for gold’ for his business.”

But shortly after they met, Dorpe reportedly told E.F. his laptop broke and he couldn’t buy gold for the business. She spent close to $3,000 on a MacBook Pro, flash drive and Apple Watch to send him, prosecutors said.

Dorpe then told her he needed $100,000 to put toward a down payment on gold, which he promised to repay when he returned to Virginia Beach at Thanksgiving, court documents state.

E.F. sent him the money, along with clothing and shoes he claimed to need for a trip to London, prosecutors said.

In return, Dorpe sent her flowers and a card that read, “Do you know how much I love you? I love you more than the heaven, more than the stars. Your beauty is greater than 1,000 red roses. Jerry.”

Prosecutors said E.F. believed they were going to get married. She cashed out her IRA and took out a line of equity on her house to send Dorpe another $200,000.

“He used E.F.’s affections to convince her to send him money. It was a little at first, but then grew bigger,” prosecutors said in sentencing documents. “He had no care as to any of the consequences to the victim, who was particularly vulnerable having recently been widowed, and he took advantage of E.F.’s naivete and trust.”

Dorpe eventually contacted E.F. as himself and told her the truth, prosecutors said.

According to the government, when she asked for proof during their video call, Dorpe left the screen and “returned wearing the clothes, ring, and watch E.F. had previously sent.”

Dorpe pleaded guilty to wire fraud in May, court filings show. Prosecutors had pushed for a lengthy sentence, saying he left E.H. in “financial ruins” and manipulated another victim in the United Kingdom out of $10,000 using a similar scheme.

E.H. did not attend the court proceeding.

“She refused to come to court to provide a statement for fear of her true identity being discovered and her financial situation being revealed due to Dorpe’s manipulations and lies,” prosecutors said.

According to the FBI, seniors are often less inclined to report being scammed because “they may be too ashamed” or fear relatives will lose confidence in their ability to manage their own finances.

“I mean, who does something like that?” she said.

In addition to prison, Allen sentenced Dorpe to three years of supervised release and ordered him to pay $329,736 in restitution.

Dorpe apologized to the court through tears, the newspaper reported.

“I wish I could find the right way to express how sorry I am,” he said, according to The Virginian-Pilot. “I never knew the severity of my crime until I got incarcerated. I have learned a valuable lesson, a lesson I will never forget.” 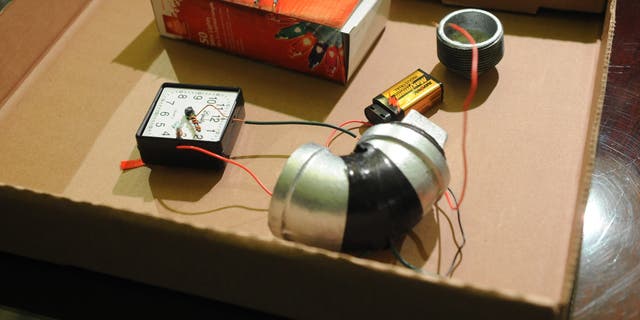