Sen. Marsha Blackburn, R-Tenn., told “Sunday Morning Futures” during an exclusive interview that the situation in Afghanistan “could have been avoided,” arguing that the plan former President Trump and former Secretary of State Mike Pompeo had in place was “the right way” to handle the region.

Blackburn told host Maria Bartiromo that she is “heartbroken” for the Afghan people and Gold Star Families to witness “20 years of gains go away.”

“We know that the sacrifice there [in Afghanistan] has given us a period where we were not hearing about ISIS attacks and beheadings on the news every night,” she said.

“The steps that Secretary Pompeo and President Trump made were able to send the message, ‘If you cross us, there is a price to pay,’” Blackburn continued.

“But Joe Biden is weak and they [the Taliban is] are not fearing him.”

Blackburn made the comments on Sunday morning as the Taliban fought to finalize a takeover of Afghanistan.

A Taliban official said that the group will declare the Islamic Emirate of Afghanistan from the presidential palace in the capital, Kabul. That was the name of the country under the Taliban government ousted by U.S.-led forces after the Sept. 11, 2001, attacks. The official spoke on condition of anonymity on Sunday given he was not authorized to brief media.

The White House said Friday that 5,000 U.S. troops will be involved in the withdrawal of U.S. and allied personnel, up from the 1,000 troops already there and 3,000 announced the day before.

Blackburn, who serves on the Senate Judiciary Committee, called all the developments “heartbreaking” on Sunday and blamed “weak leadership.”

Blackburn slammed the Biden administration for being “weak on every front.”

She made the comment while reacting to the Senate’s passage of a major $1 trillion infrastructure spending bill last week, which she had voted against.

The vote was 69-30, with 19 Republicans – including Senate Minority Leader Mitch McConnell – joining all Democrats to approve major investments to the nation’s roads, bridges, railways and more.

Blackburn called the infrastructure bill “a gateway to socialism.”

She argued that the bill is the “opener” for leftists and Sen. Bernie Sanders’ budget.

The final passage vote of the infrastructure bill was a culmination of a months-long rocky effort between a group of bipartisan senators and the White House intent on showing the country that Republicans and Democrats can still work together to fix the nation’s crumbling infrastructure.

But the rare showing of bipartisanship was short-lived Tuesday, as Senate Majority Leader Chuck Schumer, D-N.Y., quickly pivoted to advancing a massive $3.5 trillion budget bill. Minutes after the infrastructure bill success, Schumer immediately called a procedural vote to begin debate on the Democrats’ budget plan, which passed along party lines 50-49.

This second spending plan is spearheaded by Sen. Sanders, I-Vt., the chairman of the budget committee. Republicans made clear Tuesday they’ll make it politically painful for Democrats to pass this second bill, which will not require any GOP support under a process called budget reconciliation.

“This is too expensive to afford,” Blackburn told Bartiromo, arguing that Americans do not want it, especially given rising inflation.

The Labor Department said prices for shelter, food, energy as well as new and used vehicles all increased in July.

She also called Biden a “weak” president, and specifically pointed to the budget and “what it is doing to inflation,” the “loss of energy Independence” after Biden revoked the permit for the Keystone XL oil pipeline project on his first day in office and the administration’s “soft” stance on China.

A White House spokesperson did not immediately respond to Fox News’ request for comment.

A new collaboration for higher education 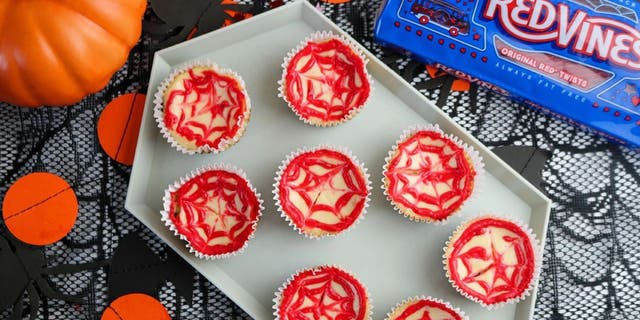