In an 8-part series, the News & Observer and Herald Sun will be examining UNC’s football depth chart, position by position, as the season opener on Sept. 3 in Blacksburg, Virginia, draws near.

They actively talk about wanting to play their best so that Howell can play his. And if Howell is at his best, that’s all they believe it will take to help him earn college football’s ultimate individual award.

“He’s a special QB, he’s been here three years in this program now and everyone sees what he can do,” right tackle Jordan Tucker said. “So if we take that extra step to get stronger, faster, smarter and talk to each other more, there’s no reason why he shouldn’t win a Heisman (Trophy) and we can’t win a Joe Moore (Award for outstanding lineman.)“

The Heels’ offensive line helped pave the way for two 1,000-yard rushers last season. Yet as good as running backs Javonte Williams and Michael Carter were, the offensive line didn’t believe they shared any credit for the duo’s record-setting season.

Left guard Joshua Ezeudu, who is recognized as the most versatile of the Heels’ lineman, said they’ll be blocking with a huge chip on their collective shoulders.

“We all as a whole feel like we should be the best position group on the field the whole year,” Ezeudu said. “We had everyone come back. And we also have some young guys too that really know how to come in and do everything else just like the older guys.”

Carolina is feeling very optimistic about its offensive line this season. They returned all five starters from last season — although center Brian Anderson has been hampered by injury and may not start the season opener at Virginia Tech next week.

More importantly, UNC coach Mack Brown believes they’ve developed enough backups to where the rotation will be 10 linemen. The benchmark for Brown to be comfortable with his linemen is a rotation of eight, 10 is on a championship level.

Brown never felt like he reached a consistent eight linemen last season, but UNC offensive line coach Stacy Searels says the Heels have a true two-deep roster on the line this season. Searels has confidence in his reserves to the point that he’s used several of them with the first team in practice.

One case is at center where Quiron Johnson could start in place of last year’s starter Brian Anderson, who missed part of fall camp with an injury before he resumed doing drills. Anderson’s status for the opener is still to be determined, but Searels doesn’t consider Johnson a fill-in.

Regardless who is in the game for the Heels, the goal remains the same in regards to Howell. Keep him standing. Last season, Carolina allowed 34 sacks, which ranked 13th in the ACC. Only Duke (37) and Syracuse (38) allowed more.

Howell would be the first to take the blame for a portion of those sacks, noting his tendency to hold on to the ball too long. But Tucker said it shouldn’t come down to that.

“We’re trying to keep the goal of 20 (sacks) or less this season, but in my opinion, Sam shouldn’t be touched,” Tucker said. “We have the best QB in America in football, like Sam should not be touched.”

The line will continue to operate in anonymity, but if they let Howell take a lot of hits, see what happens. They’d get unwanted attention if that is the case. But left tackle Asim Richards, who has the added responsibility of protecting Howell’s blind side, said he didn’t view his assignment as “pressure.” 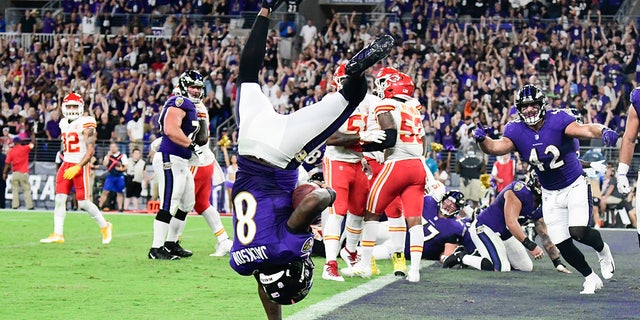