Washington: As US President Joe Biden moves ahead with his plan to withdraw Afghans from Kabul who have assisted US military efforts in the country, lawmakers and advocates have raised several questions as the deadline for the plan draws near.

The White House on Thursday confirmed that it would evacuate former interpreters, drivers and others along with their families to third countries to shield them from danger in Afghanistan, senior administration officials confirmed to The Hill. It comes after mounting pressure on the Biden administration from lawmakers to evacuate Afghans who are waiting for Special Immigrant Visa (SIV) applications to be processed.

However, even those who have pushed the administration to execute that massive-scale evacuation say officials have been short on details about when, where and how it will take place.

“There are many outstanding questions, including which applicants would be prioritized for evacuation, how we would get them out of the country, where we would send them, how much it would cost and where the money to come from, just to name a few. And that doesn’t even mention the clock that is ticking on our time on the ground,” House Foreign Affairs Committee ranking member Michael McCaul said in a statement to The Hill.

“I appreciate the Biden Administration’s intention to evacuate as many SIV applicants as possible – which I have been calling them to do for months – but that doesn’t mean much until they put words to action. They need to start answering some of these basic questions if we are to believe they will actually follow through,” he added.

Meanwhile, White House press secretary Jen Psaki said Friday that a group of SIV applicants will be relocated before the withdrawal is officially completed in September.

Since the Biden administration announced plans to withdraw from Afghanistan by September 11, it has faced calls to speed processing of the 18,000 Afghans who have already applied for SIVs along with another 53,000 family members seeking to accompany them to the US.

However, the withdrawal could take place well before the September deadline, as the military looks likely to largely wrap up its withdrawal in July amid mounting pressure. This also comes as US intelligence reports suggested that Afghanistan could fall to the Taliban in as little as six months once America leaves.

Experts are also worried the lack of military presence could hinder the evacuation, particularly if the withdrawal takes away the option of moving Afghans on military planes, The Hill reported.

The 14-point visa application process can take as long as 800 days to process.

Sunil Varghese, policy director of the International Refugee Assistance Project, said SIV seekers are often held up as the government works to verify employment — an effort complicated by factors including poor record-keeping throughout the war and even kidnapping of people’s former supervisors.

“There’s a big question as to what happens to someone who is evacuated and then stuck in this years-long process, and what happens if they’re denied in error or forced to reapply,” Varghese said.

Lawmakers have for months been calling on the State Department to speed visa processing, introducing bills to cut some red tape and add anywhere from 4,000 to 20,000 visas to the program.

Meanwhile, Afghan President Ashraf Ghani and chairman of Afghanistan’s High Council for National Reconciliation Abdullah Abdullah recently met Biden at the White House, following which the US has detailed additional efforts to assist the conflict-torn country.

In a fact-sheet, the White House said: “Our strong support and partnership is designed to prevent Afghanistan from ever again being used as a safe haven for terrorism, maintain Afghan stability and build self-reliance, promote economic growth, preserve social gains in education, health and women’s empowerment and the rule of law, protect the rights of women, girls, and minorities, bolster Afghan civil society, and respond to humanitarian needs.”

Meanwhile, Ghani warned that the US withdrawal could have consequences for both sides, although he did not ask Biden to delay the plan.

Martinez: Portugal Are Much More Than Ronaldo | Sports Pundit 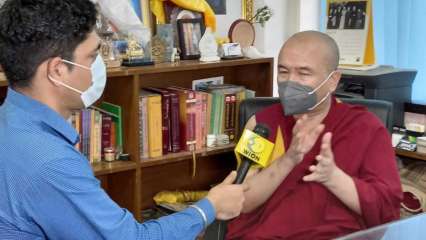