As and when the pandemic recedes from these shores, rebuilding the economy will be the biggest challenge for Modi in the remaining three years of his term, observes Virendra Kapoor.

For the second year running, the usual razzmatazz governments are prone to get up to mark their anniversaries was a victim of the killer coronavirus.

On May 30th when Modi 2.0 was sworn in two years ago, hardly anyone in government or outside deemed it appropriate to celebrate.

With tens of thousands falling prey to the killer virus, and a woeful shortage of vaccines which alone can insulate the people against catching the infection, how do you celebrate?

When death, devastation and despondency dominates the national mood, you don’t. Period.

Barring a few commentators who did take note of Modi’s seventh straight year as prime minister, little notice was taken of the second anniversary of Modi 2.0.

Missing was the self-congratulatory media blitz by the government on its wonderful performance.

It had to be abandoned amidst the biggest health crisis in more than a century.

But the question that needs to be asked is, what, if anything, there was to celebrate even if there was no pandemic.

At least, the first term was notable for a couple of major welfare schemes, such as the Jan Dhan Yojna, Ujjwala scheme, Swatchh Bharat, rural electrification, roads, etc.

Nothing of that scale and ambition seems to have been done in Modi 2.0.

Yes, Modi 1.0 was also significant for ‘demonetisation’ which despite hardly meeting the stated objectives, ironically contributed to the BJP’s big win in Uttar Pradesh.

At the time, ordinary voters felt mesmerised by ‘note bandi‘, believing it would hit the rich the hardest, depriving them of their black money hordes.

It caused the poor and the underprivileged to vote in droves for the BJP in the UP assembly poll.

Also, the well-designed people-oriented schemes of Modi 1.0 contributed immensely in ensuring a spectacular win for the party in 2019, giving it majority on its own, thus obviating the need to humour its NDA allies for support.

Whether the fact that it had a majority of its own induced the party to forsake its oldest allies, the Akali Dal and, later, Shiv Sena, is hard to tell, but there is no denying that winning a larger mandate than even in 2014 did make the PM and the BJP arrogant and arbitrary.

However, in the last two years instead of bread-and-butter schemes for the poor what we saw was the government systematically setting out to achieve its ideological agenda.

The focus was on fulfilling the long-standing religio-political demands of the RSS-Jana Sangh-BJP.

The pet peeves of the Sangh Parivar were addressed frontally.

For instance, the criminalisation of the triple talaq.

Ideally, the retrograde practice ought to have banned at the time of the formation of the Republic.

But the manner in which the Sangh Parivar hammered away at the invidious provision in law, it only sharpened further the religious divide.

Modi 2.0 also earned gratitude of the Sangh Parivar partisans by emasculating Article 370 and nullifying clause 35-A which had barred non-Kashmiris from owning land in the erstwhile state of Jammu and Kashmir.

In practical terms, the deletion of 35-A was a bigger relief to the affected people insofar as bonafide Kashmiri women forfeited the right to inherit parental property in case of marrying outside the State.

On the other hand, the abolition of Article 370 was more administrative in nature, paving the way for the bifurcation of Jammu and Kashmir into two Union Territories.

Another decision which made headlines was the amendment of the Citizenship Act.

It sought to deny the right to fast-track grant of citizenship to Muslims from the neighbouring countries whereas it virtually opened the automatic route for citizenship for Hindus, Sikhs, Jains, Parsis, etc, seeking to migrate to India due to persecution in the Muslim-majority countries.

At one level, the move seemed reasonable.

But fearing disenfranchisement of the tens of thousands of illegal migrants in Assam and West Bengal, it provoked a strong backlash from the community.

Yet, the government refused to budge. The protest was suspended with the onset of the coronavirus pandemic last year.

A major achievement the government would feel proud of is the green-signal to the Ram temple at the disputed site in Ayodhya.

After the Supreme Court controversially gave the go-ahead, the long-pending dispute between Hindus and Muslims was ‘amicably’ resolved.

The party is set to encash it at the time of the UP assembly poll next year.

No less controversial was the passage of the three farm reform laws.

Commended by agri-experts, these reforms drew the ire of farmers from Punjab and Haryana. They are still protesting at the border of the national capital.

Initially, the government was willing to assuage their grievances, but the insistence on outright abrogation of these laws, seems to have drained out all energy from their protest.

In the meantime, the record procurement of wheat by the FCI and the payment for the same directly in the bank accounts of the growers, thus cutting out the ‘arthiyas’, coupled with a higher subsidy for fertiliser seems to have persuaded a good chunk of the farmers to give the reforms a second look.

It is the farmers’ leaders now looking for a face-saver to call off the agitation.

The challenges ahead seem insurmountable. Winning the war against the pandemic has to be necessarily a priority.

It has devastated lives and livelihoods as also damaged the economy.

Record unemployment may not be reflected in the record rise of Sensex, but mass economic distress is there for all to see.

The pandemic has further aggravated the misery of the poor.

As and when the pandemic recedes from these shores, which can only be guaranteed if at least eighty percent of Indians are vaccinated, rebuilding the economy will be the biggest challenge for Modi in the remaining three years of his term.

The relentless rise of the Sensex underlines the wealth inequality which in the last two years has grown further.

While millions more have been pushed below the poverty line, the number of billionaires has grown exponentially in Modi 2.0.

Yet, a third term for Modi in 2024 cannot be ruled out given the dismal state of the highly fragmented Opposition.

And, crucially, the continuing failure of the Gandhi Family to sort out the confusion over leadership of the Congress party does not make the task of challenging Modi in 2024 any easier.

COVID-19 in Kolkata: Vaccination stalled by KMC due to shortage 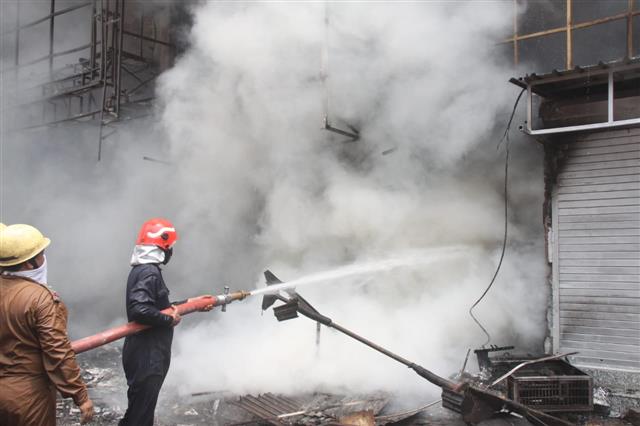