Bhopal: It seems the worst is not over yet for those families in Madhya Pradesh who have lost their close ones due to the Covid-19 pandemic.

Aggravating their woes, these families are now in a dilemma courtesy of the local bodies’ working style as Covid-19 is not mentioned as the cause of death in the certificates handed over to them. This is going to pose a challenge for them in the future as they would not be able to bring it on government record that their loved ones succumbed to Covid-19.

The government is announcing several schemes for the families of those who died due to corona but the moot question here arises is how will the orphaned children be able to take advantage of those arrangements due to which the quandary remains.

Hanushish, a student of Class X, used to put up with his uncle in Trilanga, Bhopal. The last few days were the worst days of his life. His father Girish Dahria infected the virus in Seoni and was later brought to Bhopal but he succumbed to Covid on April 18. Meanwhile, Hanushish’s mother Divya also came under the grip of corona and was treated at the government hospital in Seoni. However, she also breathed her last on April 19.

The troubles of Hanushish, who lost both his parents within a short duration, are not yet over. He is not able to receive his mother’s death certificate from the Seoni Hospital, while on the other hand the Bhopal Municipal Corporation did not mention corona as the cause of death in his father’s death certificate. Extremely perturbed with the developments, Hanushish said that it would be tough for him to survive if he does not receive any help as of now. Extremely worried about the future, he is as of now staying with his grandparents in Bhopal.

Hanushish can befit from the schemes announced by the Centre and state government for the welfare of the orphaned kids amid the second wave of the Covid-19 pandemic but for that corona needs to be mentioned as the cause in his parents’ death certificates.

On the other hand, Madhya Pradesh Chief Minister Shivraj Singh Chouhan on Sunday launched the “Mukhya Mantri Covid-19 Bal Sewa Yojana” and virtually transferred Rs 5,000 each into the bank accounts of 173 children, marking the formal launch of a welfare scheme that seeks to provide free education and financial assistance of Rs 5,000 per month to the children orphaned during the coronavirus pandemic.

Madhya Pradesh Medical Education Minister Vishwas Sarang has, however, assured the government is working on a plan over the last few days following which the death certificates will not be required to avail the benefits and so the orphaned children and others must not worry.

(With inputs by Narendra Bhalla)

Biden Lays Wreath at Tomb of the Unknown Soldier

Ruud awakening for Paire, but Frenchman the happiest of losers in Paris 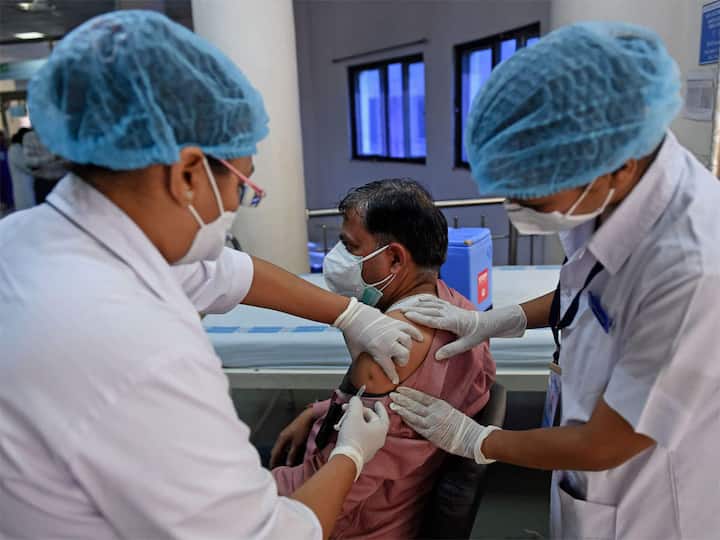 Jammu & Kashmir: Vaccination Drive Among All Above 18 Yrs To Begin In 20 Districts From Sunday