Zachariah Joseph felt a pang in his heart as he left the Al Bayt stadium after the FIFA World Cup semifinal match on December 14, when France outplayed Morocco.

He was overwhelmed with nostalgia. When he turned his head back to bid a final goodbye to the stadium, which appeared like a huge tent erected in the middle of a desert in the bright flood lights, he was struggling to control his emotions.

His wife Eleyah and children Jozef and Aimee knew the tears in his eyes had nothing to do with the French fans rejoicing in their team’s victory or the agony of the vanquished Moroccan supporters.

For the last eight years, the beautiful Al Bayt stadium was the home away from home of not just Zachariah, but the whole of his family. ‘Al Bayt’ in Arabic means home, and they were leaving their ‘home’.

Charge of the venue

Zachariah Joseph, son of Joseph Cherian and Meena, belonging to the Padinjarekkara family in Kanjikuzhi, Kottayam, was one of the Venue Managers of the Al Bayt Stadium.

The venue management team is tasked with ensuring all facilities in the stadium and facilitating the smooth entry of players and audience on match day. They are responsible for the conduct of the match in all senses. On the match day, they were handed a ‘Runsheet’, enlisting nearly 300 tasks to be carried out on time. It includes making operational ready the ambulance service at 5 am to seeing off the stadium workers at 3 am the next day.

In the case of Al Bayt stadium, all these tasks were performed by six venue managers including Zachariah and hundreds of workers under them in all the nine matches played there, besides the inaugural event of the top sporting event.

Life in the ground

The life of Zachariah revolved around the stadium for not just the nine matches but for the last eight years, from the time when a pact was signed with the 2014 World Cup organizers, Supreme Committee for Delivery and Legacy, to be exact.

The construction of stadiums was the biggest challenge before Qatar when it won the rights in 2010 to conduct the World Cup. It had only the Khalifa International stadium, where the 2006 Asian Games were hosted, to highlight. However, Qatar accepted the big challenge of setting up eight stadiums, suitable for international matches, in 12 years.

Among the biggest of them was the one constructed at Al Khor, modelled after the tents of Bedouin, or Arabic-speaking nomadic tribes.

The first thing Qatar did was not the procurement of materials for stadium construction, but the appointment of professionals who could efficiently monitor such works, by meeting all requirements of FIFA.

What led to the Supreme committee laying its faith in Zachariah was one of the achievements highlighted in his biodata.

It was a course of much value, the Sports Management programme conducted by the football governing body FIFA.

Zachariah is the first Indian to complete the course.

Zachariah’s first memory of a football ground was as a ten-year-old. He had then watched Mammen Mappillai football trophy matches held in Nehru stadium at Nagambadam, Kottayam.

He has been to countless stadiums since then.

During his study at the Kottayam Corpus Christy School (now ‘Pallikoodam’) till class 12, he was a regular member of the basketball and table tennis teams. When he enrolled himself for the Mathematics Honours course at St. Stephens, New Delhi, his thoughts were not dabbling with numbers but with the prospect of an entry into the world of sports. He then came to know about the FIFA sports management course.

Organized by the International Centre for Sports Studies (CIES) in partnership with three universities — De Montfort University in Leicester (England), SDA Bocconi School of Management in Milan (Italy), and the University of Neuchatel (Switzerland) – the course is officially known as the FIFA Masters in Management, Law, and Humanities of Sport. Zachariah reached the final stage of the interview when he first applied for the course. And he scored a goal on his second attempt.

He started his journey into the world of sports as soon as he joined the course in 2005. The FIFA World Cup in Germany, Torino Winter Olympics, Wimbledon – all these fascinated him.

He secured a job with the Asian Football Confederation, immediately after finishing the course, and flew off to Kuala Lumpur.

He carried out the task of conducting the Asian Cup and AFC Champions League.

Following these, he was given the responsibility of licensing the clubs in the UAE Pro League. In between this came the invitation to Qatar.

At first, his responsibility was limited to Stadium 974, the ‘wonder’ venue of the World Cup built using shipping containers. Later, he was entrusted with the charge of the Al Bayt and Khalifa stadiums. Zachariah attended the 2014 Brazil World Cup and the 2018 Russia World Cup to watch and learn the conduct of World Cup matches.

In the midst of all this, he brought his wife Eleyah and children Jozef and Aimee to Qatar. They are students of James Wellington School in Doha. A graphic designer and artist, Eleyah too found the Qatar World Cup preparations a novel experience.

There is another reason for Al Bayt Stadium becoming the favourite for Zachariah and his family. It is here that the long-cherished dream of his children Jozef and Aimee got fulfilled.

They were handed out the rare opportunity to be player escorts. They accompanied the players onto the pitch and stood alongside them while the National Anthems of the teams were playing in the World Cup quarter-finals between France and England.

Jozef walked onto the ground with his favourite player Kylian Mbappé. Aimee held the hand of England star Jordan Henderson.

Their proud grandparents Joseph Cherian and Meena witnessed the children in action on the ground from the gallery. 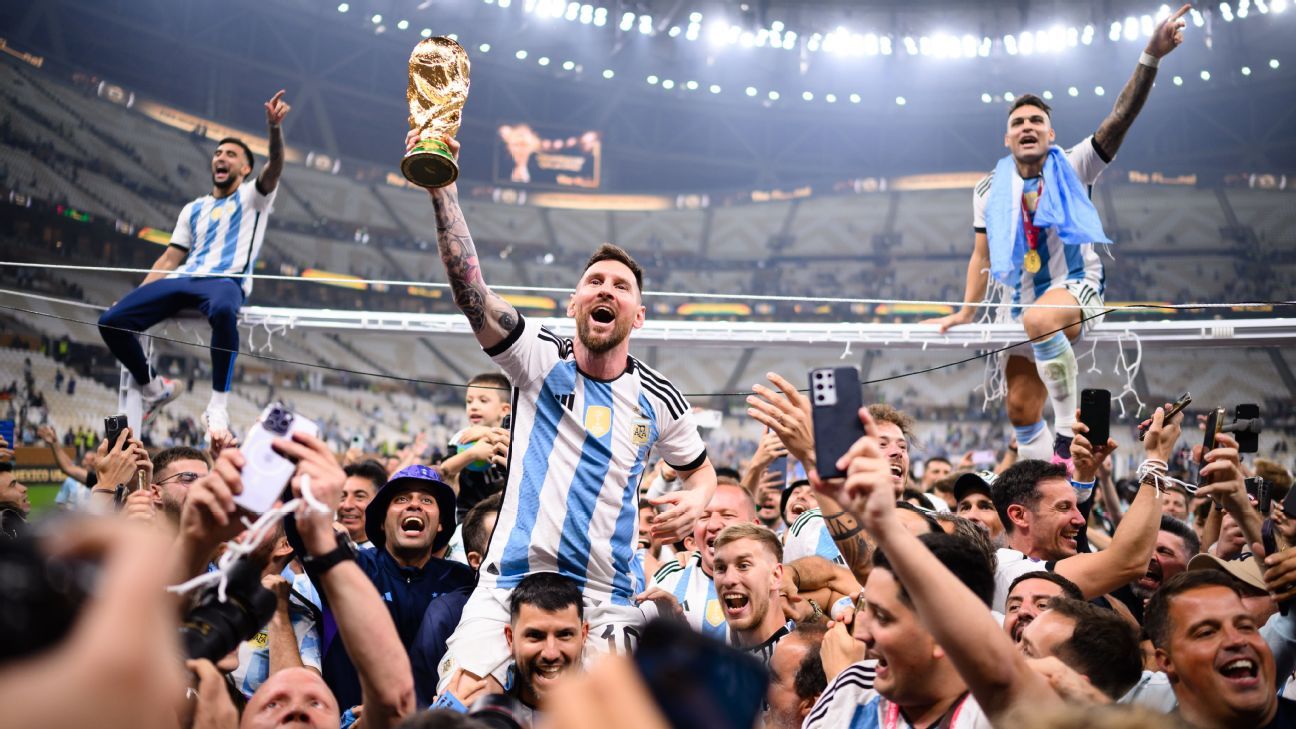 Marcotti’s 2023 wishes: Learn from Qatar World Cup, remember that football is for fans 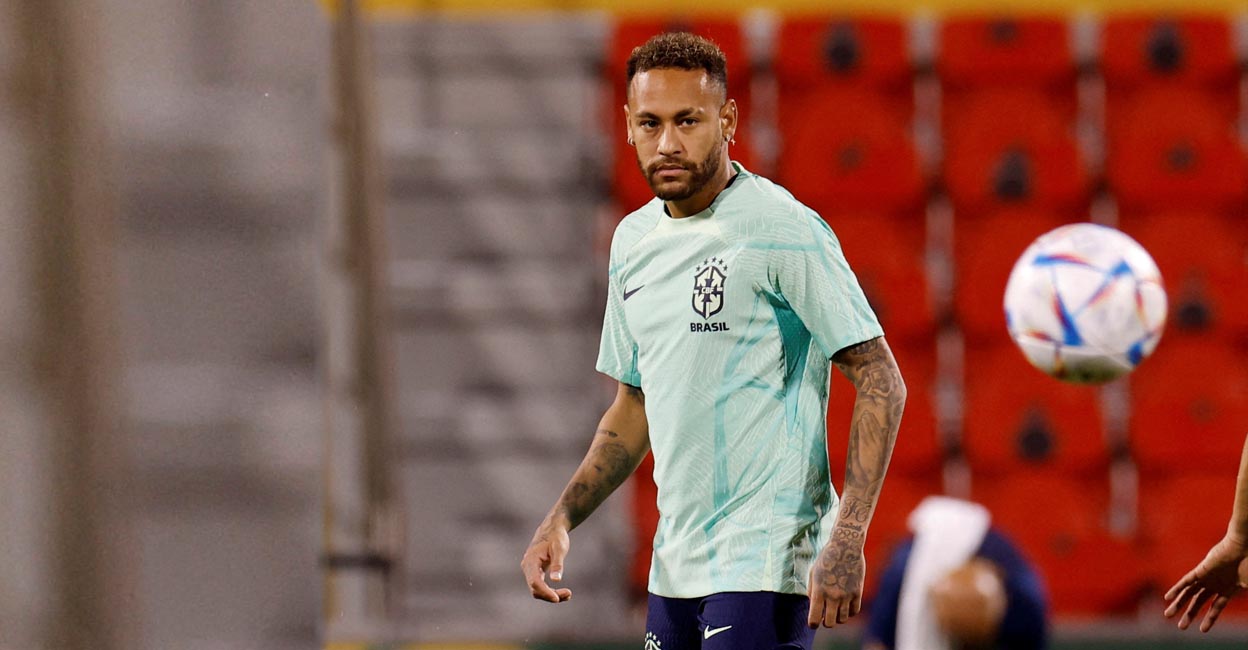 Explainer: What sparked brawl between Pro-India supporters and Sikhs at Melbourne’s Fed Square
30 mins ago